End-Time Living defines a Christian lifestyle that will produce fulfillment and joy even under the prophesied duress of the end-time. 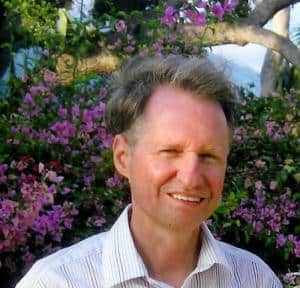 Bible scholar David S. Heeren says there is evidence indicating we have entered the early phase of the end of days. Yet he remains optimistic.

We should be happy and hopeful because we are headed for a victorious finale, the Second Coming of Jesus, which will be a cause of celebration to millions upon millions of people …”
— Bible scholar David S. Heeren

ORLANDO, FLORIDA, UNITED STATES, September 23, 2021 /EINPresswire.com/ — Bible scholar David S. Heeren has written extensively on the topic of end-time prophecy, and in his fifth book on the subject, End-Time Living, Heeren trains his focus on the power of redemptive love.

“This book’s greatest theme by far is love,” Heeren says. “I have been trained as an evangelist, but there can be no greater evangelism tool in the world than the redemptive love Jesus displayed on the cross.”

End-Time Living draws its messaging from the second half of the Bible, featuring details from relevant sermons of Jesus (Matthew 5-7, 24 and Luke 21) and the eight chapters of the beautiful allegory, Song of Songs.

Included are 15 points of emphasis presented as keys to a God-honoring lifestyle; the true story of a 12-year-old Christian boy who openly expressed love for the man who beat his mother to death; the story of the enduring legacy of missionary Richard Wurmbrand and his underground ministry; and Heeren’s deeply personal account of his wife, Joan, and her tremendous capacity for love.

“She loved more and more during the final few agonizing days before her death,” Heeren recalls. “She had entered final unconsciousness when I said to her, ‘I love you forever.’ I believe she heard me.”

Despite the perilous end of days setting that forms the backdrop for End-Time Living, Heeren centers his narrative on the reasons why believers should remain hopeful that any tribulation will be short-lived, and the rewards for those who stand firm for Him until the end will be everlasting.

“We should be happy and hopeful because we are headed for a victorious finale, the Second Coming of Jesus, which will be a cause of celebration to millions upon millions of people who will meet Him in the air,” Heeren says.

David S. Heeren is an award-winning journalist and author of 17 books. A personal prayer identical to that of Isaiah (Is. 6:8) led him to change his career emphasis from sports writing to Christian writing in 2007. Since that time, he has published nine books with Christian themes, five of which deal with biblical end-time prophecy. His previous book, The High Sign, which identifies the most likely sign of Jesus’ Second Coming, received a double-four-star (perfect) rating from the Online Book Club — the highest rating awarded by the club.

His upcoming Christian novel, Year of Our Lord, has been praised by literary critic David Dickerson as “by far the most exciting in the In His Steps series.”