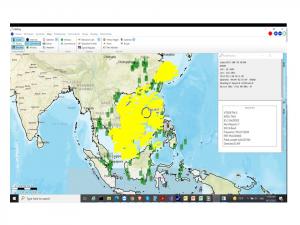 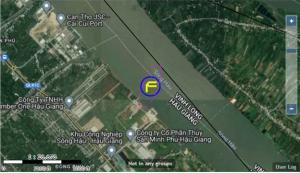 Satellite ELINT data and imagery ingestion of situational data for command and control on a worldwide scale.

JUPITER, FL, US, May 19, 2022 /EINPresswire.com/ — For many years, satellite military Electronic Intelligence (ELINT) data was only available from highly classified sources. In the last couple of years however this has changed and basic ELINT information is now also available from commercial sources.

Obtaining ELINT data of the battlefield enables the location and identification of the type of radio and radar emitters in the military Area of Operations to be known. This information can be used to alert forces of the probability of impending hostile attack, the susceptibility of friendly forces to detection and attack and provides data as to the probable composition of both friendly and hostile forces. When amplified with imagery and other Intelligence, ELINT can further define the nature and composition of hostile forces and can be used for targeting. With the rapid advances being made in this field, militaries around the world have begun to examine this new commercial source of Intelligence information.

So what is ELINT?

ELINT is a subset of Electronic Warfare (EW). ELINT is defined as intelligence gathered from signals intercepted by sensors that are integrated with ground or aircraft or naval or satellite systems. ELINT is used to search, intercept, locate and identify radiated electromagnetic energy for the purpose of using real-time radiations or emissions to provide a better understanding of the Electronic Order of Battle (EOB).

ELINT can provide important data on hostile military equipment and its capabilities. It is used to identify radar systems, missile launchers, aircraft, communications networks, as well as other electronics-based weaponry. This information is used by commanders to help plan their operations more effectively and take actions to avoid detection by enemy forces.

When ELINT radar emissions are detected on the ground, the C5ISR system can be directed to create radar coverage diagrams based on the terrain surrounding the radar. This permits analysis of when radars are able to acquire aircraft, vehicles and personnel.

AGIS’ low cost C5ISR system also has the capability to simultaneously monitor and display both classified and unclassified worldwide data including ship (AIS) and aircraft (ADS-B) transponders. AGIS can now integrate BlackSky satellite imagery, Hawkeye360 and KLEOS commercial satellite ELINT so that it can be overlaid with other ELINT, AIS, ADS-B and military data links, including Link–16, JVMF, OTH Gold, NATO, and many other data links in use in the world. AGIS’ C5ISR systems inherently provide Chat, Messaging, PTT and Video exchange between other C5ISR systems.

AGIS’ software operates on standard PCs client servers and AWS GovCloud it can be integrated with existing C2/C4I/C5ISR systems or as standalone C5ISR and is available is available as a software App on Windows, Android and iPhone platforms, or as an interoperable Web-Client.

If this low-cost system is of interest, contact beyerm@agisinc.com