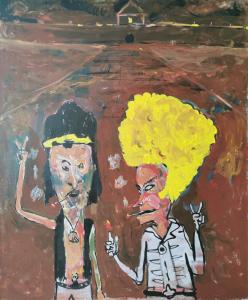 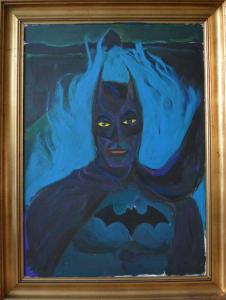 An exploration of Holocaust remembrance.

MIAMI, FL, USA, September 21, 2021 /EINPresswire.com/ — The LVR-Jewish Museum in Cologne’s Archaeological Quarter will host a panel discussion with artist Yury Kharchenko titled “Art, Culture and Memory.” The event takes places at the Wallraf-Richartz Museum in Cologne, Germany, on October 5, 2021 from 7pm-9pm. Due to the limited number of seats, registration is required by September 29th. Admission is free.

The discussion will deal with issues surrounding Holocaust remembrance, the culture of remembrance, and guilt. Yury Kharchenko focuses on what he considers the commercialization of remembrance in both the German and the Jewish context and raises the question as to the extent this process contributes to the disappearance of important moments of memory. As one aspect of this focus, he directs his attention to the handling of Auschwitz “as a taboo, inviolable sanctuary.” To what extent does the incomparability of Auschwitz make the crime and the memory of the victims still tangible and alive? What can an appropriate culture of remembrance look like in the here and now? In his more recent works, Yury Kharchenko has dealt with the Holocaust in an often offensive way, using iconography that takes up well-known figures and ideas from pop culture and mixing them with references to the Holocaust. He confronts viewers with violent fantasies and breaks taboos. We see Scrooge McDuck guarding his money in front of the gates of Auschwitz. Bugs bunny having sex in front of a concentration camp. Goofy prancing in front of Buchenwald. Batman stares at us in front of the gates of Auschwitz.

The discussion at the Wallraf Museum will take up the role of Kharchenko's art in the context of Holocaust remembrance and the extent it can (or cannot) contribute to social discourse. The panelists include Kharchenko, Rita Kersting (Deputy Director Museum Ludwig), Professor Micha Brumlik (Prof. Emeritus, Educational Sciences University, Frankfurt), and Kay Heymer (Head of Modern Art, Museum Kunstpalast Foundation). Dr. Michael Köhler moderates.

Free registration is required at: miqua@lvr.de and closes on September 29, 2021.

About Yury Kharchenko: born in Moscow in 1986, he studied from 2004 to 2008 at the Düsseldorf Art Academy. Between 2010 and 2012 he devoted himself to the study of the Torah, Talmud, Jewish ethics and philosophy as well as the topic of Jewish thought influences in postmodernism with a strong focus on Jacques Derrida and Emmanuel Levinas. He lives and works in Berlin and North Rhine-Westphalia, Germany.

About the Carl Kruse Art Blog – “Ars Lumens:” Since 2016 the blog has highlighted the work of artists, past and present, and focused on wide-ranging movements in art history from Pop to Action Painting to the Art of Atari. The blog previously featured Yury Kharchenko in its October 2020 edition.