The chances of a methamphetamine overdose increase with factors such as high doses, injecting the drug, and mixing with other drugs. 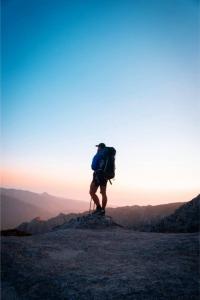 An acute methamphetamine overdose occurs when someone takes this drug by accident or on purpose and has side effects. 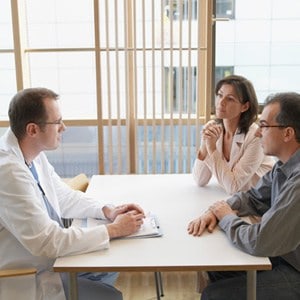 Knowing the symptoms of a methamphetamine overdose can save your life. 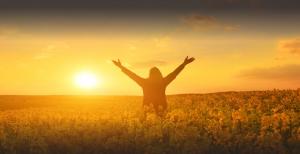 When deciding how to detox properly you should always seek professional assistance and an addiction treatment center, because detoxing at home can be life-threatening and make relapse more likely.

In 2020, more than 93,000 Americans died from drug overdoses, marking the largest one-year increase in overdose deaths ever recorded, according to current data

If someone you know struggles with meth effects, getting familiar with the signs of an overdose could one day save a life.”
— Ryan Zofay founder of the Level Up Series

In 2020, more than 93,000 Americans died from drug overdoses, marking the largest one-year increase in overdose deaths ever recorded, according to provisional data from the U.S. Centers for Disease Control and Prevention. This increase has largely been driven by rising overdoses involving synthetic opioids, primarily fentanyl. Overdose deaths involving psychostimulants, and particularly methamphetamine, have also risen steeply in recent years, and many of these deaths involved the use of an opioid at the same time. However, questions remain on how trends in methamphetamine use contribute to a greater risk for overdose deaths.

How Much Methamphetamine Does It Take To Overdose

Methamphetamine is a stimulant drug. A strong form of the drug is illegally sold on the streets. A much weaker form of the drug is used to treat narcolepsy and attention deficit hyperactivity disorder (ADHD). This weaker form is sold as a prescription. Medicines that are legally used to treat cold symptoms, such as decongestants, can be made into methamphetamines. Other related compounds include MDMA, ('ecstasy', 'Molly,' 'E'), MDEA, ('Eve'), and MDA, ('Sally,' 'sass'). [2]

The New York Division of the U.S. Drug Enforcement Administration (DEA) seized an alarming amount of methamphetamine and fentanyl in 2020. In Fiscal Year 2020, there was a 214% increase in methamphetamine and a 59% rise in fentanyl seized in New York, in comparison to 2019. These two increases indicate an alarming trend in street drugs and cause concern because methamphetamine and fentanyl are dangerously potent. They are mass-produced by Mexican cartels and are two top contributors to drug overdose deaths in the United States between May 2019 and May 2020. According to the Center of Disease Control (CDC) Health Alert Network. [1]

Methamphetamine is a stimulant drug usually used as a white, bitter-tasting powder or a pill. Crystal methamphetamine is a form of the drug that looks like glass fragments or shiny, bluish-white rocks. It is chemically similar to amphetamine [a drug used to treat attention-deficit hyperactivity disorder (ADHD) and narcolepsy, a sleep disorder].

An acute methamphetamine overdose occurs when someone takes this drug by accident or on purpose and has side effects. These side effects can be life-threatening.

A chronic methamphetamine overdose refers to the health effects of someone who uses the drug on a regular basis.

Injuries during illegal methamphetamine production or police raids include exposure to dangerous chemicals, as well as burns and explosions. All of these can cause serious, life-threatening injuries and conditions.

Methamphetamine can kill you. High doses can cause the body to overheat to dangerous levels. Death can result from stroke, heart attack, or multiple organ problems caused by overheating. Methamphetamine is a Schedule II stimulant under the Controlled Substances Act, which means that it has a high potential for abuse and limited medical use.

Meth addiction is a serious worldwide public health problem with major medical, psychiatric, socioeconomic, and legal consequences. According to data from the 2017 National Survey on Drug Use and Health (NSDUH), over 14.7 million people (5.4 percent of the population) have tried methamphetamine at least once.

If someone you know struggles with meth effects, getting familiar with the signs of an overdose could one day save a life.
Common symptoms of a meth overdose include:

Methamphetamine is a highly addictive substance. Because the “high” from the drug both starts and fades quickly, people often take repeated doses in a “binge and crash” pattern, stated Ryan Zofay, We Level Up founder. In some cases, people take methamphetamine in a form of binging known as a “run,” giving up food and sleep while continuing to take the drug every few hours for up to several days.

Meth effects can lead to many damaging, long-term health risks, even when people stop taking meth, including these symptoms:

There are no FDA-approved medications for stimulant use disorder but a recent study found the combination of injectable naltrexone and oral bupropion was safe and effective in treating adults with moderate or severe methamphetamine use disorder. [4]

Methamphetamine toxicity is best managed by a team of healthcare professionals that includes a social worker, addiction nurse, cardiologist, internist or pediatrician, and a mental health counselor. Once a diagnosis of methamphetamine toxicity is made, the patient should be referred to a psychiatrist or a drug addiction center. Patients need to be educated about the potentially life-threatening adverse effects of this illicit agent. Unfortunately, addiction to methamphetamine is one of the most difficult to cure as there is no agent that can prevent abstinence. The majority of patients continue to abuse the drug until they run afoul of the legal system.

Methamphetamine toxicity is a very serious social problem. The addiction is very difficult to stop, and as yet there is no pharmacological agent that can help patients abstain from this illicit agent. Despite referral to addiction clinics, relapses in addiction are common. When the drug is forcibly withdrawn while the individual is incarcerated or in hospital, withdrawal reactions are very common and often require sedatives or anti-anxiety agents.

Deaths from methamphetamine toxicity are common and include arrhythmias, intracranial hemorrhage, and cardiogenic shock. The use of methamphetamine during pregnancy has also been linked to preterm birth and intrauterine growth restriction.

The majority of patients come from a subculture that is involved in the manufacture of the drug, and until that environment is changed, the cycle of addiction will continue.

Clearing meth from the body and overcoming withdrawal symptoms is the goal of meth detox, which is the first step of treatment for meth addiction. The We Level Up rehab center comprehensive team may prescribe medications as appropriate under medical care, that can alleviate your withdrawal pains. While monitoring patient health 24 hours during the detox. We prioritize patient safety and comfort because this is can be a fragile and challenging time for most patients.

Once detox is complete, a new doorway for treatment progression opens up, referred to as a residential level of care. The residential care program slowly and effectively introduces the individual into an atmosphere of therapeutic growth, marked by master’s level therapists, clinicians, group counselors, psychiatrists, and a community of like-minded individuals with the same aim: to attain sobriety and live a great life.
Some of the many modalities applied and practiced within our residential treatment facility are:

We Level Up treatment tailors the program to the individual and the individual to the program of recovery. We begin by assessing our client’s history of mental health, drugs, and alcohol-related past. The needs of each patient are specific and personalized because we aim to provide comprehensive support for mental health, addiction, and dual diagnosis treatment. A supportive environment is designed accordingly to give patients 24-hour care for sobriety.
Methamphetamine overdose can be deadly not because of the overdose itself but because of its symptoms. If you just can’t stop using you know you need help. Now. Whenever you need someone to talk to about treatment options to suit your situation, call us.

We Level Up treatment center network locations include:

We Level Up's treatment centers coming soon locations are to include:

About We Level Up Treatment Centers

WeLevelUp provides best-in-class treatment in multiple locations, with amenities and activities designed to reinforce recovery success metrics. Each client receives lifetime alumni support post inpatient treatment along with family resources to help maintain recovery momentum, even once they depart their treatment facilities. Their teams of highly trained professionals are dedicated to each client’s success.

WeLevelUp.com is A-rated by the BBB and is a confirmed and verified business.

Ryan Zofay
We Level Up
+1 561-678-0917
email us here
Visit us on social media:
Facebook
Twitter
LinkedIn
Other