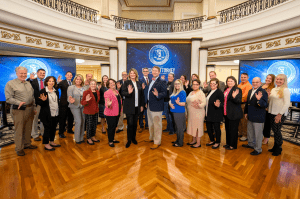 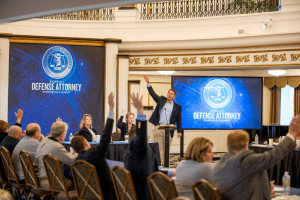 Attorney Justin Drach stated that he feels like the group is moving in the right direction and that events such as this one will help bring about much needed change to the mental health law. 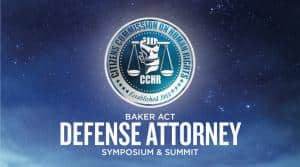 Recent changes to the Florida laws governing involuntary psychiatric examination and parental rights were featured topics at this virtual event.

CCHR lives up to its mission – it is a watch dog for mental health and this is sorely needed. That is an important impact.”
— Justin Drach, attorney

CLEARWATER, FLORIDA, UNITED STATES, July 27, 2021 /EINPresswire.com/ — The Florida chapter of the Citizens Commission on Human Rights (CCHR) hosted a virtual continuing legal education course for private practice attorneys on July 23rd for the purpose of covering changes made in 2021 that affect the involuntary psychiatric examination of children, called a Baker Act, as well as parental rights.

The course was the seventh such event hosted by CCHR, a non-profit watchdog organization dedicated to restoring dignity and human rights to the field of mental health. As the authority on mental health human rights, CCHR began hosting these events as part of a campaign to protect individuals from human rights violations committed through the abusive use of the Florida mental health law, commonly called the Baker Act.

Key topics at the conference included strategies to effectively serve families and to eradicate violations of the law, changes to the law, successful actions for defending the rights of citizens being held under a Baker Act as well as key points of the recently passed Florida Parents’ Bill of Rights.

The event was led by attorney Justin Drach of Theole Drach Law. A successful attorney practicing in Jacksonville, Mr. Drach was the 2017 recipient of the Citizens Commission on Human Rights Humanitarian Award for his tireless fight to end mental health abuse in Florida. Also speaking will be attorney Kendra Parris from Orlando and the president for the Florida chapter of CCHR, Diane Stein.

While the original stated intention of the Baker Act was to protect the rights of citizens sent for involuntary psychiatric examination, it has become a source of abuse, prompting CCHR Florida to not only host this event but to launch a public information campaign to educate Floridians on their rights under this law. As part of this campaign, CCHR hosts a seminar regularly delivered online for the general public by attorney Carmen Miller who, as a former Assistant Public Defender in the Thirteenth Circuit in Tampa, has a great deal of experience on the mental health law. Now in the private sector, Ms. Miller specializes in cases of those who have been Baker Acted.
To learn more about the Baker Act or to reserve a spot at the next complimentary virtual seminar please email execdir@cchrflorida.org.

About CCHR: Initially established by the Church of Scientology and renowned psychiatrist Dr. Thomas Szasz in 1969, CCHR’s mission is to eradicate abuses committed under the guise of mental health and enact patient and consumer protections. L. Ron Hubbard, founder of Scientology, first brought psychiatric imprisonment to wide public notice: “Thousands and thousands are seized without process of law, every week, over the ‘free world’ tortured, castrated, killed. All in the name of ‘mental health,’” he wrote in March 1969. For more information, please visit www.cchrflorida.org.