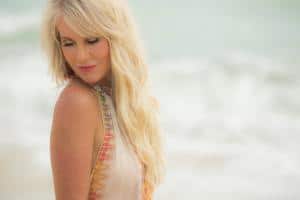 MIAMI, FL, UNITED STATES, November 16, 2021 /EINPresswire.com/ — Accomplished songwriter, Billboard artist, and filmmaker, Kim Cameron, has produced her first full feature animation film, ‘Seaper Powers: The Movie – In Search of Bleu Jay’s Treasure’, for Cinedigm’s Dove original series. Having been delayed due to the pandemic, the film is officially ready to hit the big screen this winter.

The movie is based on the book, ‘In Search of Bleu Jay’s Treasure’, and is just the first of many spectacular sequels to come. The movie introduces new characters, adds new twists, and gives the audience a chance to dive deeper into each of the main characters and their stories. The biggest takeaway of the film for audiences can be summed up by the movie’s inspirational tagline, ‘Our connection to animals could be our greatest adventure.’

The creator behind the film, Kim Cameron, is an amazing Miami based singer, songwriter, writer, and filmmaker. She has been on the Billboard charts, performed for the NFL, and has won many impressive awards for her music. She uses her immense talents to create art for people in all walks of life.

You can catch previews of the movie on youtube.com/seaperpowers. To keep up with the upcoming movie, you can follow @seaperpowers on Instagram and @seaperpowersthemovie on Facebook.