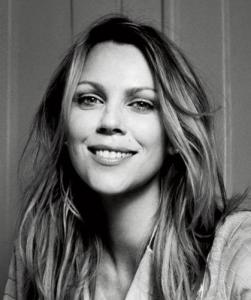 Lara is known for speaking up for the truth regardless of politics and we welcome her independent voice at America’s Future, which we believe makes us stronger.”
— Mary O'Neill, Executive Director

Known internationally for her fearless and candid reporting from some of the most dangerous places in the world in her role at “60 Minutes” and for her investigative series “Lara Logan Has No Agenda,” covering topics such as media bias, Mexican drug cartels and trafficking, and the dangers of Big Tech, Lara’s decades of work and honest reporting on the most controversial topics of our time captured the hearts and minds of the public, helping people understand the political and human conflicts that exist in America and around the world. Her skilled approach to investigative journalism earned almost every journalistic and reporting award, among them are the highly prestigious duPont-Columbia University Silver Baton, the Overseas Press Club, the Emmys and the RTNDA/ Edward R. Murrow Award, to name a few.

“Lara is an American hero in her profession, a powerful voice in the fight for freedom and liberty around the world, and unafraid to stand up and speak out for what she believes,” said Mary O’Neill, Executive Director of America’s Future. “She is known for speaking up for the truth regardless of politics and we welcome her independent voice at America’s Future, which we believe makes us stronger. We are honored to have Lara as a member of our Board and excited to be working with her in this leadership position.”

America’s Future Board Chair, Lt. General Michael T. Flynn USA (Ret.) added, “Lara is among America’s most courageous patriots who does not back down and will never quit the fight to save our nation from the tyranny at our doorstep. Her fearless and honest journalism is what America and the world needs more of today. She stands firmly footed on the principles this country was founded upon with self-determination and truth as her guide. America’s Future is proud to have Lara on our team.”

In addition to her work as a Board member for America’s Future and frequent commentary on news shows and podcasts on topics ranging from national security to terrorism, journalism, foreign affairs and others, Lara is currently planning the launch of her new show and establishing the “Press Club of America” as a home for independent journalism that carries on the principles and standards of the past, while creating a solid foundation for the media moving forward.

ABOUT AMERICA’S FUTURE, INC.
Founded in 1946, America’s Future, Inc. is a 501(c)(3) nonprofit organization committed to protecting the individual rights of every American and our Judeo-Christian values that make America exceptional. We do our work through educational and informational initiatives, strategic partnerships, communications, and networking opportunities that empower Americans to get involved in the fight to preserve the American way of life, now and for generations to come. For information, visit www.AmericasFuture.net.