Before settlement by the early Europeans, Florida black bears occupied all of the Florida mainland, including some coastal islands and larger keys.

By the mid 1970’s, bear range decreased to 18% of its historic range, with bear populations remaining in several core areas of large public lands.

Today, bears have re-occupied 49% of their historic range.

Florida black bear range can be divided the state into 4 categories based on the locations of data collected by bear researchers, managers, as well as the public, which include calls for assistance, research and management captures, vehicle strikes, sightings, and research locations.  Each category measures how frequently bears occur in the area:

-Abundant areas are those with the highest density of bear locations, indicating bears are spending a considerable amount of time in these areas.  These areas are the core of the bear population where evidence of reproduction is consistent.

-Common areas have the second highest density of bear locations, and these areas are where bears are spreading from their core areas and spending a fair amount of their time.

-Occasional areas are parts of the state where bears occur irregularly, but their presence is not unexpected given its proximity to Abundant and Common areas.

-Because bears have been seen in nearly every part of Florida at some point, we categorized the rest of Florida as Rare areas. 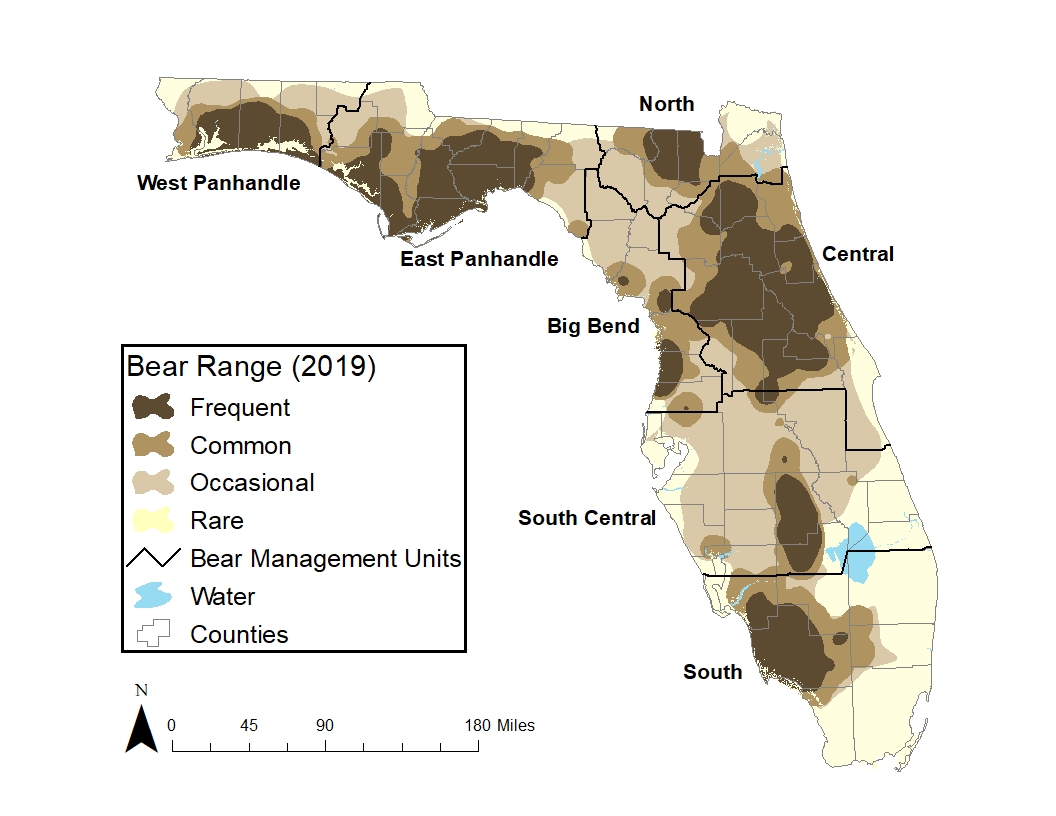 While bears can be found almost anywhere in Florida, they prefer a mixture of flatwoods, swamps, scrub oak ridges, bayheads, and hammock habitats. The area they inhabit in search of food, water, and adequate cover is called a home range.

Publishers Note: While The Free Press will always be free for our readers, and ad-supported, we are asking our loyal readers to consider a monthly donation of $3 to maintain our local journalism and help us grow, as we ramp up ad sales locally.

We thank you all for your consideration and supporting local journalism.