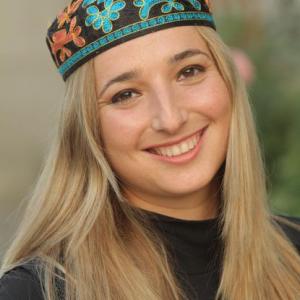 Now in Its 29th Year, Series to Feature Exciting Live Performances by Acclaimed Artists on March 9, 22, 30 and April 5

I am overwhelmed with gratitude and joy to be able to bring this extraordinary musical program to our community – live from our sanctuary – once again”
— Magda Fishman, B’nai Torah Congregation Cantor

BOCA RATON, FL, UNITED STATES, February 14, 2022 /EINPresswire.com/ — B’nai Torah Congregation, the largest conservative synagogue in Southeast Florida, announced the return of the synagogue’s popular and inspiring Concert Series. The 2022 Concert Series, now in its 29th year, will include four live, in-person performances featuring singers, songwriters, poets, pianists, and Cantors from around the world. All four events will take place in the sanctuary at B’nai Torah Congregation, located at 6261 SW 18th Street, Boca Raton, Florida. The 2022 Concert Series, which will offer a virtual option as well, is presented in loving memory of Eleanor and Paul Weiner.

As the leader of the Concert Series, B’nai Torah Congregation’s Cantor Magda Fishman selected the concert performers and will be performing during two of the four events. She has performed extensively in Israel, the United States, Europe and Canada and her musical repertoire includes liturgical masterpieces, Israeli songs, jazz, musical theater and her own compositions.

“I am overwhelmed with gratitude and joy to be able to bring this extraordinary musical program to our community – live from our sanctuary – once again,” said Cantor Fishman. “The last two years have served as a reminder of how powerful music can be in bringing people together and providing comfort and joy during challenging times. I am proud to introduce an incredible lineup of musicians – each of whom are truly exceptional.”

“In all 29 years of the B’nai Torah Concert Series, I have not felt the level of excitement that I’m feeling now,” added Rabbi David Steinhardt. “Having the opportunity to gather in person again, we can come together to enjoy music from great musical artists and cantors.”

The 2022 B’nai Torah Congregation Concert Series schedule is as follows:

Who: The Sensational ‘Noa’ Accompanied by Gil Dor

With roots and upbringing spanning Yemen, Israel and the United States, Noa is a singer, songwriter, poet, composer, percussionist, speaker, and activist. Together with her longstanding musical collaborator Gil Dor, Noa has released 15 international albums and graced many of the world’s most important and prestigious stages like Carnegie Hall and the White House and has performed for three Popes. She has been mentored by Pat Metheny and Quincy Jones and shared the stage with legends such as Stevie Wonder, Andrea Bocelli and Sting. In addition to her prolific musical activity, Noa is considered Israel’s most prominent cultural advocate of dialogue and co-existence.

B’nai Torah Congregation is thrilled to welcome its former Cantor, Boaz Davidoff, back to the synagogue stage! Boaz Davidoff is a well-versed Cantor who is also a recording artist, concert performer, musician, composer, and choir director. He also plays multiple instruments including guitar, drums, and percussion. Prior to becoming a Cantor, Boaz performed regularly in concerts and festivals around Israel and abroad as a lyric tenor soloist, with Israel’s leading choirs and orchestras. Boaz credits his discovery of the “Wonderful Light of Emunah (faith)” with leading him to the world of Cantorial and Jewish soul music. Cantor Fishman will perform with Boaz.

Date: Wednesday, March 30, 2022 at 7:30 pm
Location: B’nai Torah Congregation, 6261 SW 18th Street, Boca Raton
Back by popular demand! Last season, concertgoers raved about this young performer who is described as George Gershwin meets the Great Israeli songbook; Chopin meets the Beatles; and Beethoven meets the Jewish nigun. Guy is an Israeli-born and New York-based award-winning pianist, composer and educator who is active in the jazz, world music and contemporary scenes. Guy’s boundary-crossing music portrays the imaginative journey of a young individual searching for truth, beauty, and freedom. In his music, Guy brings together elements from Stride piano to Turkish Makams, Indian rhythms to Bach-styled counterpoint, Jewish melodies and American jazz standards all woven together in his own signature style. Cantor Fishman will perform with Guy.

Who: The New York Cantors
Date: Tuesday, April 5, 2022 at 7:30 pm
Location: B’nai Torah Congregation, 6261 SW 18th Street, Boca Raton
As seen on PBS, three of the world’s most highly acclaimed cantors – Yanky Lemmer, Netanel Hershtik, and Chaim Dovid Berson – will come together for this moving concert of Jewish sacred and secular music. Featuring Shabbat songs, favorite music evoking memories of Jewish tradition and its rich musical culture, and songs with a nod to Broadway, this spiritually uplifting concert will fill your hearts and souls with the joy of music! In March 2018, PBS aired the program for this concert to a vast and enthusiastic audience of Jewish music lovers to such acclaim that the station continues to feature it during Jewish holidays and PBS fund-raising drives. Millions of North American television viewers have become fans, and after this show you surely will too!

Tickets can be purchased at https://btcboca.org/concert2022tickets/ and range from $25 to $75 per ticket (for members); and $36 to $100 for non-members. Season tickets are also available at a reduced cost. Sponsorship opportunities are still available as well. For more information about becoming a sponsor or if you have questions regarding the Concert Series, please contact the synagogue at 561-392-8566 or info@bnai-torah.org.

About Cantor Magda Fishman
Senior Cantor Magda Fishman is a graduate of the Jewish Theological Seminary’s H.L. Miller Cantorial School in New York. Prior to joining B’nai Torah, she served as the Cantor at Temple Beth El in Stamford, Connecticut. Cantor Fishman brings vibrant experience to Jewish music through a unique blend of traditional and contemporary styles. Over the years, she has built a large and loving following among a wide spectrum of audiences. Her repertoire includes liturgical masterpieces, Israeli songs, jazz, musical theater, as well as her own compositions. Prior to her investiture in May 2011, Cantor Fishman served in the Israeli Army Orchestra as a vocal soloist and trumpet player. She came to the United States as part of the Tel-Aviv Broadway Musical Theater Project and was the recipient of the prestigious America-Israel Cultural Foundation scholarship. Cantor Fishman has performed extensively throughout the United States, Israel, Europe, and Canada. She had a lead role in the Prague State Opera, and she performed during the annual America-Israel Cultural Foundation Gala at Jazz at Lincoln Center and at a National Yiddish Theatre Folksbiene event honoring Elie Wiesel. She was featured in Folksbiene’s popular Soul to Soul concert at the Central Park Summer Stage and at the Saban Theatre in Los Angeles with Maestro Placido Domingo and Melissa Manchester. She also performs with the cantorial group Divas on the Bima.

About B’nai Torah Congregation
B’nai Torah Congregation is the largest conservative synagogue in Southeast Florida with over 1,300 membership families. It is a close-knit, multi-generational, modern, and egalitarian synagogue, which offers diverse services, programs of worship, learning, tzedakah, social action, and social activities. B’nai Torah Congregation creates a perfect outlet for arts, culture, and learning, and we are home to several schools of Jewish education. The synagogue, which offers a wide variety of volunteer opportunities that will enrich the synagogue experience, is a tremendous and vibrant center for tzedakah acts and projects that touch thousands of people. Learn more at https://btcboca.org.