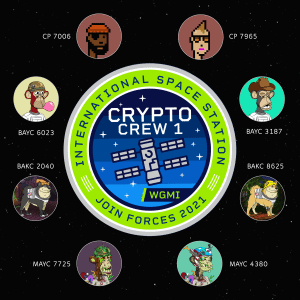 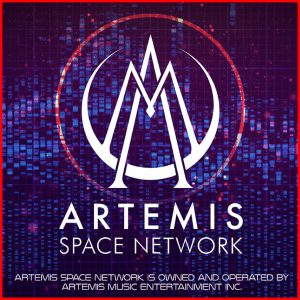 Space is becoming a new way for NFT communities to collaborate with experiences that transcend national, political or even competitive boundaries.”
— Chase Steely

CAPE CANAVERAL, FL, UNITED STATES, April 26, 2022 /EINPresswire.com/ — An emergent new top tier NFT (“Non-Fungible Token”) project is sending one of their NFTs to outer space, scheduled to launch aboard a SpaceX rocket on Wednesday, April 27th in association with a student project. The announcement by Azuki to their NFT #40 “Bobu” into space builds on momentum created by previous NFT space missions from other Blue Chip NFT collectors who have mounted missions to space for their digital collectibles, expanding into new ways to experience the cultural Web3 phenomenon.

Blue Chip NFTs from Bored Ape Yacht Club (BAYC #3187 and #6023), Mutant Ape Yacht Club (MAYC #4380 and #7725), Bored Ape Kennel Club (BAKC #2040 and #8625) and the original trend starter CryptoPunks (#7006 and #7965) were included in the first ever NFT “Crypto Crew 1” digital space mission sent to the International Space Station (ISS) on December 1, 2021, by Web3 decentralized organization NFTs2space through the Artemis Space Network, a commercial space services platform developed by Artemis Music Entertainment to provide digital space missions to the ISS and other outer space destinations. The BAYC, MAYC, BAKC and CryptoPunk NFT ‘cryptonauts’ all have space attributes, and together form a unique collection on OpenSea as the first NFTs to orbit the Earth aboard the International Space Station.

“With increasing public access to space through commercial companies and platforms like the Artemis Space Network, space is becoming a new way for NFT communities to collaborate with experiences that transcend national, political or even competitive boundaries,” said Web3 investor and NFTs2Space founder Chase Steely.

The rise of Decentralized Autonomous Organizations (DAO’s) is driving top tier NFT projects to reach market caps exceeding $1 billion as they seek ways to create value in belonging to a particular project by owning one of their NFTs. Bored Ape Yacht Club by Yuga Labs and Azuki by Chiru Labs are two of the biggest NFT projects of all time, according to total sales volume.

“With the launch of the communities into the ultimate metaphysical playground of outer space, the Web3 ethos of openness and collaboration is evident in the inclusive and upbeat vision and love for space,” said Web3 entrepreneur and investor Donald Nicholson. “The traditional Web3 community slogan ’We’re all gonna make it (WAGMI)’ is core to the decentralized and supportive culture of Web3 communities.”

NFTs2Space chartered a second ‘Crypto Crew 2’ mission to the ISS on February 16th, 2022, that featured a 1 of 1 NFT artwork created by former NASA Astronaut and artist Ron Garan. The Crypto Crew 2 mission also included artwork created by private Astronaut Dr. Sian Proctor, an artist, poet and educator who became the first Black female to pilot a spacecraft during the world’s first all-civilian orbital space mission “Inspiration4”, launched by SpaceX on September 16, 2021 to raise awareness and funds for St. Jude Children’s Research Hospital. While Artemis Music sent the first ever NFT music and artwork into space and to the ISS on July 28, 2021, the Inspiration4 mission carried the first pre-minted NFTs to fly with private Astronauts into Earth orbit.

NFT holders can apply to be whitelisted for future digital space missions through the NFTs2Space.com website. All the missions booked through this portal are transmitted to the ISS by the Artemis Space Network and make at least one full orbit before being beamed back down to Earth. The limited capacity on each mission manifest is filled on a first come first serve basis for qualifying crypto crew members.

“The space community is a place with a global culture and a common vision of humanity as an emergent space fairing species,” said Bob Richards, co-founder of Artemis Music Entertainment. “The Web3 culture is built with the same collaborative mindset of a diverse, inclusive and growing global community of communities.”

ABOUT NFTs2SPACE
NFTs2Space is an international community of artists, collectors and investors. Founded by serial entrepreneur and Web3 investor Chase Steely, NFTs2Space is on a mission to unite the NFT and space communities with collaborative and shared experiences through a Decentralized Autonomous Organization (DAO). NFTs2Space is investing heavily into NFTs with space attributes, creating both a supply and a demand for an inspiring marketplace that creates unity and value across cultures, borders and generations.

ABOUT ARTEMIS SPACE NETWORK
Artemis Space Network, developed by Artemis Music Entertainment Inc., is a space-based commercial platform facilitating a digital space economy for the arts by connecting creators, collectors and Web3 communities to participatory and meaningful space experiences that are accessible to everyone, everywhere. Artemis Music Entertainment Inc. has origins working with NASA to develop astronomically inspired music, art and entertainment projects supporting its Artemis Moon-Mars program. Artemis Music transmitted the first ever NFT music and artwork into space and to the International Space Station to orbit the Earth on July 28th, 2021.