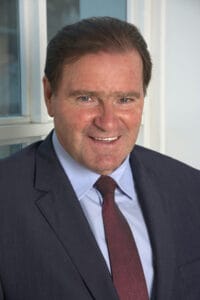 "I think we have and are doing something wrong, despite the impressive technological development"

It is possible that the United States imposes sanctions on Russian technology companies, limiting their access to semiconductors, software and technology in general”
— Carlos Dorado

MIAMI, FLORIDA, UNITED STATES, March 2, 2022 /EINPresswire.com/ — “When we talk about war, the economic, social and human consequences are incalculable. If we add to this that the Russian economy is number eleven in the world, and an important producer of raw material commodities; the economic consequences will affect Russia to a greater extent, but also the other economies of the world, as a consequence of globalization,” warned Carlos Dorado, president of Italbank and vice president of Italcambio, to Observador Latino.

The world will feel the Russian lunge at Ukraine, due to the financial adherence of the markets since the disintegration of the Soviet Union in 1991, through the logistics and transport system.

Russia continues to be the largest supplier of gas to Europe, and one of the largest producers of oil and raw materials such as nickel, aluminum and palladium, wheat, potassium and fertilizers, so prices will rise, as happened with crude oil and gas that increased by 30%.

The stock markets of the Old Continent fell after the Kremlin's attack on Ukraine, but Wall Street closed higher due to the United States sanctions, the price of Brent crude oil exceeded the barrier of 100 dollars; safe assets such as gold and the dollar, were revalued, but there are also warnings about problems in the supply channels with products that pass through the Black Sea and persistent inflation, which does nothing to help the economic recovery experienced in the nations before the pandemic.

The price of the commodities that Russia produces and exports may register a significant increase, however, according to Carlos Dorado, it must be seen from two scenarios: one, if the export channels such as those of the Black Sea or the oil pipelines are destroyed; and second, the sanctions against Russia, which was limited in its ability to do business in dollars, euros, yen, pounds, through the international banking financial system.

"At this time, it seems that the first sanctions go more in the direction of restricting the flow of raw materials exported by Russia, than completely cutting off their flow, since it is an area of ​​mutual dependence," explained Carlos Dorado, an economist. and entrepreneur.

In the financial and technological realm, Russia has greater control and power. The action against Ukraine was even accompanied by a cyber attack.

"It is possible that the United States imposes sanctions on Russian technology companies, limiting their access to semiconductors, software and technology in general," said Carlos Dorado.

With regard to finance, the two largest banks in Russia were blacklisted: Sberbank and VTB, which were prevented from making transfers using the SWIFT system.

«This is serious for Russia, preventing it from making or receiving payments internationally, which dramatically restricts its imports and exports, and access to external financing, both public and private; being practically isolated from the international financial world«, said Carlos Dorado.

If this general situation occurs, the administration of Vladimir Putin would have to turn to its Chinese ally as an alternative to cover its financial needs, he pointed out, "somewhat based on the good relations they are having, and the increase in the payment of their commercial exchange , which currently only 33% of the total is made in dollars, compared to 97% in 2014.

-The West from the financial and banking point of view has a low risk compared to Russia. However, with globalization that minor risk may be increased by the private part of Russia's exports and imports as a result of sanctions. It will no longer be just a problem of importing or exporting to Russia, it will be a problem of how to pay or collect those imports.

We have to wait for the outcome, says Carlos Dorado

Carlos Dorado considers that in order to know the real impact of the Russian war on global economies, we will have to wait for how it ends or how far it goes, although he must assume its internal consequences, "even when I do not think it will be serious or terminal."

As in all wars, he warned, there will be an inflation that will disrupt the world economic recovery, as a result of the measures to contain the pandemic and the injections of money by the States.

“It remains to be seen how other factors will develop, such as: how far China wants to go in helping Russia in this war, and what the global strategy and that of each country will be, with respect to Russia and sanctions. But, the most important thing will be: what is the strategy and how far does Putin want to go?

-Ukrainian private banking warned about a possible flight of millions of dollars of capital, why is this happening Carlos Dorado?

-War, on the one hand, is the most efficient machine for the production of fear and human misery ever invented, and on the other, there is nothing more cowardly than a million dollars. Therefore, the natural consequence of a war is that people desperately seek to protect their capital, and one of the first actions they do is send their money to places where they are safer. Ukraine will have to take "war measures", and the allied countries will have to provide it with "war aid". Unfortunately, these are not times of peace.

Ukraine has said that Russia's aggression against strategic points is part of a "Hybrid War".

Carlos Dorado reflected on the subject and indicated that technology changes everything, the way we live, how we think, how we act and also wars, but also the way they communicate and visualize the facts, which in the previous they were very limited.

"Under the context, it seeks to communicate to the Russian population that its enemy is its government, to destabilize it internally, and put pressure on whoever orders the war," he said. “But within this communication war, fake news also occurs, and they are a large percentage of the news that is spread. It means that we have much more information, but more manipulated and much less credible«.

While the infodemic can be an advantage, it ends up being the opposite. "All this, without forgetting that technology can help us, and greatly improve our lives, but it can also destroy the planet in a matter of minutes."

The economist is concerned, beyond the consequences that this recently started war may bring, "it is the fact that we have had a great technological development, but a very poor one in social and human development, where we are in 2022 talking about wars, instead of social welfare, elimination of inequalities, climate change, etc. I think that we have and are doing something wrong, despite the impressive technological development,” said Carlos Dorado.