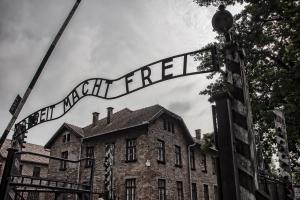 Approximately 1.1 million prisoners, or about 85 percent of people sent to Auschwitz, were murdered at the complex.

This event will promote the importance of protecting human rights through dialogue on how to work together as a community to instill peace and tolerance.

CLEARWATER, FLORIDA, UNITED STATES, January 25, 2022 /EINPresswire.com/ — On Sunday, January 30th at 3pm, the Florida chapter of the Citizens Commission on Human Rights (CCHR) is co-sponsoring an event to commemorate International Holocaust Remembrance Day. The event, “A Day of Remembrance”, is being held not only to remind us that the Holocaust should never again happen but to act as a watchtower and beacon for everyone concerned with the health and sanity of their community and friends.

CCHR has long been a voice for the voiceless victims of psychiatric abuse, bringing to the foreground as well, the role that psychiatry played in the Holocaust and laying bare their dark roots, roots which embodied and were inseparable from Nazi human-experimentation and death. Through diligent research, exposés and videos, CCHR has brought to the public a chilling glimpse into the origins of today’s psychiatry, offering a greater understanding of how something like the Holocaust could have happened and even more importantly how to ensure it never does again. Please join human rights advocates, leaders of the Jewish religious community, local business owners and concerned individuals for a commemorative open house to feature performances by local artists and a discussion of how to work to ensure that history does not repeat itself. The event is free and will be held at the Scientology Information Center, 500 Cleveland Street, Clearwater. For more information please call (727) 442-8820.