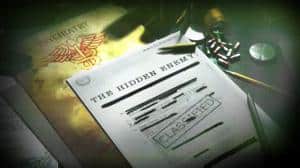 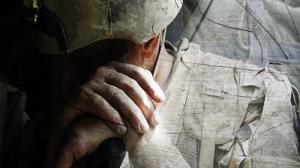 Approximately 20 veterans a day take their own lives, and veterans accounted for 14 percent of all adult suicide deaths in the U.S. in 2016 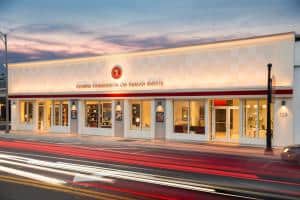 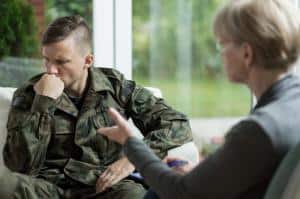 Although a direct correlation cannot be made to account for all the suicides, it can be said that psychiatric treatment has not helped reduce the plight of veterans and soldiers.”
— Diane Stein, CCHR Florida

CLEARWATER, FLORIDA, UNITED STATES, July 6, 2022 /EINPresswire.com/ — This year, as we are grateful for our freedom and the men and women who brought it to us, the Citizens Commission on Human Rights (CCHR) invites you to find out more about the hidden constant in military suicides — psychiatric treatment.

Since the war on terror began in 2001, 7,057 military have died in the line of duty – compare that to over 30,000 soldiers and veterans combined that have committed suicide between 2005 and 2018 (the last year records were released).

What could account for this tremendous discrepancy? How could it be that more than four times more vets and soldiers have killed themselves, than soldiers that were killed in action? Is there a hidden influence that could have contributed to this terrible reality?

“Psychiatric treatment is a hidden and sanctioned influence,” says Diane Stein, president of the Florida chapter of CCHR. “For years psychiatrists have been infiltrating the military with their various diagnosis and attendant psychotropic prescriptions. Although a direct correlation cannot be made to account for all the suicides, it can be said that their treatment (and the huge cost to tax payers) has not helped reduce the plight of veterans and soldiers suffering from depression and other mental disorders.”

While it is true that trauma stress and guilt are part of every war, we see here, not only no mitigation of these terrible effects by the psychiatric community, but a perpetuation and exacerbation of the problem.

In a 2013 expose on Fox news, correspondent Douglas Kennedy revealed that soldiers were being overprescribed a variety of medications, many off- label for various conditions they experienced after completing their tour of duty. In the case of Navy corpsman Kelli Grese, who overdosed on psychotropic drugs, she was given a cocktail that included Adderall, Klonopin, Seroquel and at least 15 other powerful psychiatric drugs. Another tragedy, Marine, Andrew White who survived the war in 2005 was prescribed 19 different medications from the VA, and was on 5 drugs for insomnia when he accidentally died in his sleep in 2011. His cocktail of medications included the antidepressant Paxil, the anti-anxiety Klonopin and the antipsychotic Seroquel.

Said White’s father, Stan White: Once they treat you for PTSD, the first line of treatment seems to be a series of medications. We call them “lethal cocktails.” And if it doesn’t work, they increase the dosage, give you more and more and more and more…

“To make matters worse,” says Stein, in an effort to curtail the terrible spate of suicides in both active and retired military, on February 12th, 2015, the Clay Hunt Suicide Prevention for American Veterans Act was enacted into law. This gave the Department of Veterans Affairs, the greenlight for a pilot program that would repay the loans of psychiatrists who agreed to serve in the Veterans Health Administration. This act of rewarding psychiatrists was like throwing gasoline on an already blazing fire, and so we have a situation where our military are betrayed by those purported to help them.

“If you ever have any doubts of the correlation,” says Stein, “consider this: during the first 3 years of World War 2 only ten soldiers per 100,000 committed suicide a year – compared to an average now of over 23 per 100,000 a year. An average of over 6400 soldiers and vets now commit suicide every year – where once it was half of the general population it has now doubled. One of the obvious differences today is the direct involvement of psychiatrists and their subscription pads in our military.”

If you care about a soldier or a vet, please join us online at cchrflorida.org or in our offices at 109 Fort Harrison Ave., Clearwater for more information on psychiatry’s influence on our military and how you can help.