There were 15,457 involuntary psychiatric examinations initiated on senior citizens during 2018/2019 according to the Baker Act Reporting Center. 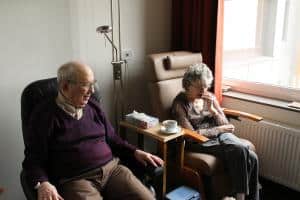 CCHR Florida is raising awareness of the abuse suffered by the elderly under the mental health law especially the unnecessary and potentially harmful involuntary psychiatric examination of seniors, a process called Baker Acting. 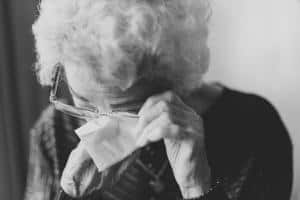 More than 14,000 of Florida’s elderly, including those with dementia, were sent for involuntary psychiatric examinations in 2017. 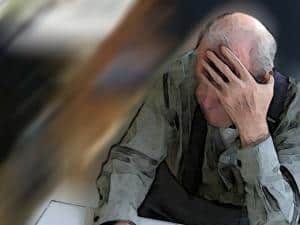 According to the World Health Organization, some 50 million people have dementia. Close to 10 million cases of dementia occur every year.

According to studies, the mortality rate for elderly that are transferred is 2-4 times higher than those that are not subjected to this type of stress.

It is well past the time for our lawmakers to once again address the abusive Baker Acting of our elders and we will be asking them to take effective action in the next session.”
— Diane Stein, President CCHR Florida

CLEARWATER, FLORIDA, UNITED STATES, August 10, 2021 /EINPresswire.com/ — Transfer trauma, also known as relocation stress syndrome, has been studied since the 1960s and according to controlled studies the mortality rate for elderly that are transferred is 2-4 times higher than those that are not subjected to this type of stress. All too often this known adverse effect is not taken into consideration when senior citizens are taken into custody for an involuntary psychiatric examination. [1]

Commonly referred to as the Baker Act, the mental health law in Florida allows for the involuntary psychiatric examination of all individuals no matter their age. Under the Baker Act, a senior citizen can be sent against their will, and without consulting the family or guardian, for an examination and the receiving facility is then legally allowed to hold the senior for up to 72 hours. According to the Annual Report on the Baker Act, released in 2020, there were 210,992involuntary examinations in 2019 and 15,457 of these Baker Acts involved individuals 65 years of age and older. [2]

Alarmed at the number of seniors being taken into custody, especially when there is the potential for increased mortality, the Florida chapter of the Citizens Commission on Human Rights (CCHR), launched a campaign to educate elders and their caregivers on their rights.

“We have received hundreds of calls involving the Baker Acting of seniors and in many instances the person did not meet the criteria for involuntary examination but instead was suffering from an untreated medical condition,” said Diane Stein, President of the Florida chapter of CCHR.

There has been an 88% increase in the number of elder Baker Acts since 2002, an increase that CCHR feels is indicative of abuse and which is potentially putting these seniors lives in jeopardy. It is well documented that transferring an elderly person puts them at risk for depression, anxiety, and similar behavior disturbances, which may then result in the senior being treated with unnecessary psychotropic drugs which come with many side effects. [3]

Additionally, senior citizens who find themselves admitted for psychiatric evaluation are sometimes later informed that the criteria for Baker Acting was never met, that there was no evidence of mental illness, and instead it was found by clinical staff the senior simply needed rest, proper nutrition, or an adjustment to baseline medication. [4] [5]

Studies have shown that certain medical disorders may predispose the elderly to develop what appear to be psychotic symptoms when in fact they are simply ill. “Common disorders including thyroid disease, diabetes, vitamin B12, sodium-potassium imbalance, sleep deprivation and dehydration have been associated with psychosis in the elderly.” [6]

The subject of the abusive use of the Baker Act involving the elderly was taken up by both the Florida Legislature and the Florida Supreme Court in the late 1990s, with the Florida Supreme Court recommending that the statutes should be amended “to expressly permit the use of less-restrictive alternatives to involuntary in-patient examinations” and expressing concern that “because in-patient treatment is extremely profitable mental health facilities and professionals sometimes abuse the voluntary admission process.” [7]

“It is well past the time for the Florida Legislature to once again address the abusive Baker Acting of our elders,” said Stein. “We will be looking for them to take effective action in the next session.” For more information on the protection of elder rights under the mental health law, please call 727-442-8820 or visit www.cchrflorida.org.

About CCHR: Initially established by the Church of Scientology and renowned psychiatrist Dr. Thomas Szasz in 1969, CCHR’s mission is to eradicate abuses committed under the guise of mental health and enact patient and consumer protections. L. Ron Hubbard, founder of Scientology, first brought psychiatric imprisonment to wide public notice: “Thousands and thousands are seized without process of law, every week, over the ‘free world’ tortured, castrated, killed. All in the name of ‘mental health,’” he wrote in March 1969. For more information visit www.cchrflorida.org.