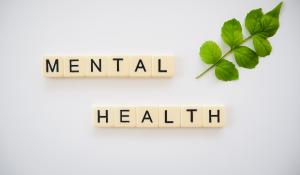 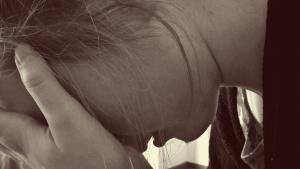 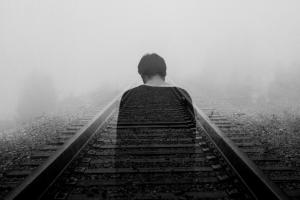 The month-long open house is designed to educate the general public on mental health human rights and reformation needed to help those in crisis.

CLEARWATER, FLORIDA, UNITED STATES, May 4, 2022 /EINPresswire.com/ — With seven named mental-health dates to commemorate in May, the Florida chapter of the Citizens Commission on Human Rights, CCHR, is urging citizens to more closely examine the multi-billion-dollar mental health industry and decide for themselves if the outcomes and lack of results is worth the cost. [1]

According to a 2019 report in Open Minds Market Intelligence, mental health spending in the US alone reached over $225 billion. That number is up 52% since 2009, in part thanks to the passage of the 2008 Mental Health Parity and Addiction Equity Act which requires that insurers cover mental health treatment. [2]

This spending amounts to over $1375 a year for every man woman and child – nearly double the per capita expenditures of almost every other industrialized high-income country in Europe and the Americas. [3]

However, despite massive spending, the United States has some of the worst mental-health–related outcomes, including the highest suicide rate and second-highest drug-related death rate among 11 high-income countries. [4]

According to Diane Stein, president of CCHR in Florida, one likely reason for the inflated mental health treatment expenditures is an alliance between the psychiatric industry and the pharmaceutical industry. [5]

“No one is looking at the statistics,” says Stein. “Politicians sign the bills for increased spending on psychiatric services while the overall state of mental health is declining in our country. Drug commercials give people hope of decreasing their mental woes while those woes keep increasing. There’s a real disconnect.”

A study by researchers from NYU Langone Medical Center, published in the journal Psychiatric Services, reported that more Americans than ever in history suffer from serious psychological distress. [6]

In addition to the rising mental health issues with little actual help coming from the psychiatric industry, another controversial treatment still in use is electroconvulsive therapy. Over 100,000 people a year receive these treatments, which Stein refers to as “torture”, couched in euphemistic terms such as electric ‘stimulus’ and ‘therapy’ but in actuality it is a barbaric practice of controlled electrocution that can result in death, the destruction of brain cells, loss of memory, nausea, fatigue and other long-term negative effects. When you consider that the average ECT patient receives 5-15 treatments at between $300 to $1000 a treatment, it’s not hard to see that this generates considerable revenue for something that is fraught with unanswered questions. [7,8,9]

CCHR invites you to stop by their offices at 109 Fort Harrison Ave. to learn in more detail where the psychiatric industry has failed its patients, how you can help others in this arena and what some of the alternatives are for people who are troubled.

Sources:
[1] The US spends at least $225 billion on mental illness each year in a broken system with no clear-cut solutions https://www.businessinsider.com/cost-of-inequity-americas-225-billion-broken-mental-healthcare-system-2021-4#:~:text=Accounting%20for%20all%20diagnoses%2C%20the,programs%20for%20low%2Dincome%20Americans.
[2] Mental health and human rights in the 21st century https://www.ncbi.nlm.nih.gov/pmc/articles/PMC6313250/
[3] Pharmaceutical spending per capita in selected countries as of 2020 https://www.statista.com/statistics/266141/pharmaceutical-spending-per-capita-in-selected-countries/
[4] Mental Health Conditions and Substance Use: Comparing U.S. Needs and Treatment Capacity with Those in Other High-Income Countries https://www.commonwealthfund.org/publications/issue-briefs/2020/may/mental-health-conditions-substance-use-comparing-us-other-countries#:~:text=In%202016%2C%20nearly%20one%2Dquarter,%2C%20the%20Netherlands%2C%20and%20Germany.
[5] Shrinks For Sale: Psychiatry’s Conflicted Alliance https://www.cchrint.org/issues/the-corrupt-alliance-of-the-psychiatric-pharmaceutical-industry/
[6] Study Paints Somber Picture of U.S. Mental Health Status & Access to Care https://nyulangone.org/news/study-paints-somber-picture-us-mental-health-status-access-care#:~:text=Researchers%20from%20NYU%20Langone%20Medical,serious%20psychological%20distress%2C%20or%20SPD.
[7] Electroconvulsive Therapy (ECT) https://www.mhanational.org/ect
[8] The Truth About ECT https://truthaboutect.org/
[9] https://www.ncbi.nlm.nih.gov/pmc/articles/PMC6145669/