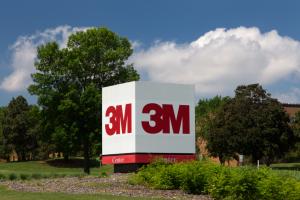 Middlesex Water’s claim alleges 3M was negligent in tainting the public watuit and avoid a trier supply, but the multinational conglomerate held out hope that it could zap the lawsal.

Middlesex Water’s claim alleges 3M was negligent in tainting the public water supply, but the multinational conglomerate held out hope that it could zap the lawsuit and avoid a trial.

“3M mistakenly believed that unless Middlesex could prove exactly where, when and which 3M PFAS product was responsible for the contamination, that they could walk away scot-free,” explained LPR Shareholder Ned McWilliams, one of the attorneys representing Plaintiff Middlesex Water Co. “Unfortunately for 3M, we presented overwhelming evidence establishing that 3M was the most likely source.”

Addressing the dispute of whether the PFOA and PFOS in Middlesex Water’s wells were manufactured and distributed by 3M, Judge Padin wrote that proximate cause could be established “based on a handful of facts in the record.”

PFAS Are Harmful and They Are Everywhere

PFAS are recognized human carcinogens that enter the water supply primarily through the discharge of industrial waste. Exposure can cause multiple types of cancer and other diseases. In June 2022, the U.S. Environmental Protection Agency (EPA) issued drinking water health advisories for PFOA and PFAS, cautioning that negative health effects can result from PFOA or PFOS concentrations in water that are close to zero—levels so minute that EPA cannot even detect them.

These substances exist virtually everywhere in the environment, thanks to their extensive use over multiple decades. A June 2017 Environmental Working Group report revealed that water supplies in 27 states across the country had been contaminated by these harmful chemicals.

The half-life of PFAS has been estimated to be 10,000 years, meaning the chemicals in contaminated water would persist for more than 1 million years. This persistence has earned these substances the name “forever chemicals.”

Communities affected by PFAS contamination from water supplies have limited options for the removal of the chemicals—all of which are costly. LPR partners Wes Bowden and Ned McWilliams are working with public and private utility companies in recovering these massive costs. Defendants include PFAS manufacturers as well as companies that use such chemicals in their manufacturing processes or finished products. LPR is also representing individuals who endured exposure to PFAS and developed testicular cancer, kidney cancer, prostate cancer, and ulcerative colitis.

Levin Papantonio Rafferty has been representing injured people across the globe since 1955. The law firm has gained national recognition as one of the most successful personal injury firms in the world and has been featured on CNN, NBC, ABC, CBS, and Fox, as well as The Wall Street Journal, The New York Times, Time Magazine, Forbes, and National Law Journal.

To schedule an interview with Ned McWilliams or Wes Bowden, contact Sara Stephens at sstephens@levinlaw.com or by phone at 281-744-6560.