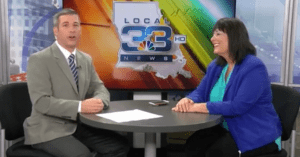 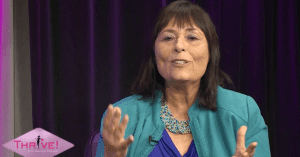 Blue Ocean Authority means you become the only choice in the sea of ALL the possibilities! Getting Massive Media Exposure is third-person credibility that leads to impact, influence, and income.”
— Dr. Tamara 'Tami' Patzer

TAMPA, FL, US, April 20, 2022 /EINPresswire.com/ — Influencer Cyrus Webb interviewed Dr. Tamara “Tami” Patzer, who was Celebrate You Women of the Month April 2021 and was in the top five in the second annual Celebrate You Women of the Year event. In the interview, Dr. Patzer shares her journey to become found, seen, and heard and how she now helps other women become visible. Sammy Blindell of the One Drop Movement was also featured.

Patzer is the CEO and founder of Women Innovators Publishing and Media, founder of the Daily Success® Institute, bestselling author, international speaker, and a former editor and member of the Pulitzer-prize-nominated Sun Coast Media Group news team. Her lifelong passion for writing, art, and media has influenced her choices since the third grade. She is the creator of Florida Gulf Coast University’s social media certification program and is a frequent social media expert guest on TV news programs across the nation on ABC, NBC, CBS, Fox, and CW. She has shared her message at Harvard Faculty Club, NASDAQ, Coco-Cola, and Microsoft. Tami hosts Women Innovators Radio Network, Optimal Health Radio, and The Thought Leaders show on The Business Innovators Network on iHeart Radio. She helps her clients share their big messages and big missions through book publishing, social media, and mass media exposure.

Cyrus Webb (aka C. A. Webb) has been active in the arts since 1999, hosting art shows and poetry readings around the United States while also building the Conversations brand. Today Conversations includes a daily radio show, magazine, and nationally-recognized book club.

Outside of the work Webb does for himself he is also a celebrated publicist for authors, entertainers, and businesses who entrust him with the task of getting their message and product noticed.
For over a decade Cyrus Webb has given the world the conversations with the artists, authors, and entertainment industry professions that the world can’t get enough of.

Host Cyrus Webb introduces you to movers and shakers around the world who are living their dreams, overcoming challenges, and showing others what is possible for them as well.

Dr. Patzer is the creator of the Beyond the Best Seller program for authors who want to market their books and use them to become high-level coaches and thought leaders. She can be reached via email at TamiSocialMedia@gmail.com.