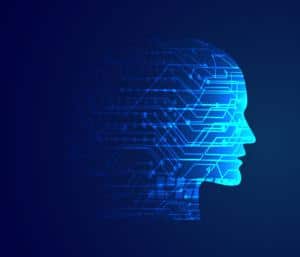 MIAMI, FL, UNITED STATES, September 27, 2021 /EINPresswire.com/ — Cyphertop is the most innovative and impassable data encryption software, here we list 6 key reasons why it can be your most efficient alternative to encrypt all types of digital files.

A new paradigm that proves everything

The most widely used encryption programs today are based on precepts of the last century, which have been surpassed with today's technology; for example, the US National Security Agency is developing a system to break in a short time any type of AES 256 encryption, for which only an advanced computational infrastructure is required.

Cyphertop, on the other hand, is a software designed by a group of advanced computational engineers, who set out to create a system so complex, that it is capable of resisting all brute force attacks, even in the face of the capacity of thousands of hypothetical quantum equipment of the future interconnected with each other.

The design of Cyphertop also differs greatly compared to conventional encryption programs. It is a new and different concept, which proposes a model of algorithms inspired by human DNA.

In addition to having thousands of trillions of possible connection points, it has an extremely complex system of generating random algorithms, which do not obey any mathematical formula or procedure; so even if any attacker had access to the source code, they would be unable to decrypt any protected data or files.

In these times, it is not only required to protect documents and files with greater strength, but also to make encryption processes faster and more efficient; In this sense, Cyphertop is also one step ahead, generating a simplified system of processes, which allows it to always operate quickly and easily.

In addition, it is available to work on all types of devices, mobile, desktop, servers, etc.; as well as under Windows, Linux, Apple, iOS or Android operating systems.

An interesting advantage of this encryption software is its ability to also encrypt dialogues using chat systems.
This way you can make sure to maintain fully protected communications, proof of any type of infiltration, even from government entities.

Cyphertop also has powerful features, which make it an encryption software without point of comparison in the market; because in addition to its advanced systems of Continuous Modification and Inclusion of False Leads of information to confuse any type of enemy, it also has an advanced system of Double Cycle Encryption.

Unlike other classic encryption systems such as Serpent, Twofish or AES itself, Cyphertop has an encryption re-encryption technology, so that, if even the encryption file were analyzed, only the external algorithms that contain it could be seen, thus making it practically impossible to somehow reach the encryption file to study it, and try to decrypt its content, thus generating a more advanced and efficient protection.

Cyphertop also possesses one of the most attractive qualities of today's encryption systems: steganographic capabilities. That is, a document could appear to be something very different from what it really is.

For example, through a simple image, a series of important data could be covered up, fully encrypted and protected with Cyphertop encryption technology, making the task of keeping important information out of the reach of other people even more efficient.

Meet and download Cyphertop; the most powerful encryption software that exists , available into your hands today.