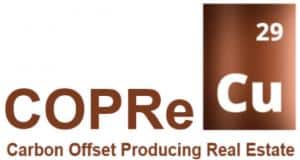 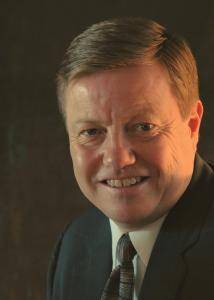 The Entrex platform, which was the subject of a case study authored by IBM, provides an indelible digital provenance through the blockchain of the complete lifecycle a carbon offset,”
— Stephen H. Watkins

The Entrex platform, which was the subject of a case study authored by IBM, provides an indelible digital provenance through the blockchain of the complete journey arc of a carbon offset, from minting and registration with a United Nations or World Bank registry to trading and, ultimately, serial number retirement.

The first application of the new technology will be in the company’s carbon offset producing real estate or COPRe investments. “We invented and have a pending process patent on the concept of the Carbon Offset Rights Agreement,” said Stephen H. Watkins, CEO of Entrex Carbon Market. “This new industry standard affords offset production rights equal weight and treatment to the land and mineral rights traditionally associated with real property,” continued Watkins.

“With a standardized structure for offsets we can now establish a tangible security that regulated broker dealers and even non-ESG investors can approach with confidence,” said Thomas Harblin, Partner of Entrex Carbon Market. “We’re giving investors the opportunity to select from a portfolio of $100 million worth of properties generating over $50 million per year in carbon offset revenues, none of which would be possible without a standardized rights agreement and a platform on which to trade the resulting offsets,” continued Harblin.

The company reports its first two COPRe transactions are scheduled to close in the next thirty days.

This press release includes statements of the Company’s expectations, intentions, plans and beliefs that constitute "forward-looking statements" within the meaning of Section 27A of the Securities Act of 1933 and Section 21E of the Securities Exchange Act of 1934 and are intended to come within the safe harbor protection provided by those sections. These statements, which involve risks and uncertainties, relate to the discussion of the Company’s business strategies and its expectations concerning future operations, margins, sales, new products and brands, potential joint ventures, potential acquisitions, expenses, profitability, liquidity and capital resources and to analyses and other information that are based on forecasts of future results and estimates of amounts not yet determinable. These also include statements relating to the anticipated benefits of the announced transaction between the Company and Entrex. These statements include any statement that does not directly relate to a historical or current fact. You can also identify these and other forward-looking statements by the use of such words as "may," "will," "should," "expects," "intends," "plans," "anticipates," "believes," "thinks," "estimates," "seeks," "predicts," "could," "projects," "potential" and other similar terms and phrases, including references to assumptions.

These forward-looking statements are made based on expectations and beliefs concerning future events affecting the Company and are subject to uncertainties, risks and factors relating to its operations and business environments, all of which are difficult to predict and many of which are beyond its control, that could cause its actual results to differ materially from those matters expressed or implied by these forward-looking statements. These risks include the Joint Venture’s ability to successfully pursue its business plan, the possibility that the Company’s equity interest in the Joint Venture may be diluted as a result of capital raises by the Joint Venture, the possibility that Entrex may have the right to repurchase the previously contributed assets for nominal consideration, the Company’s ability to develop and commercialize new technologies, the Company’s history of losses and expectation of further losses, its ability to expand its operations into blockchain technologies, its ability to develop or acquire new brands, the success of its marketing activities, the effect of competition in its industry and economic and political conditions generally, including the current economic environment and markets. More information about these and other factors are described in the reports the Company files with the Securities and Exchange Commission, including but not limited to the discussions contained under the caption “Risk Factors.” When considering these forward-looking statements, you should keep in mind the cautionary statements in this press release and the reports the Company files with the Securities and Exchange Commission. New risks and uncertainties arise from time to time, and the Company cannot predict those events or how they may affect it. The Company assumes no obligation to update any forward-looking statements after the date of this press release as a result of new information, future events or developments, except as required by the federal securities laws.