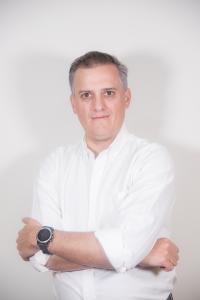 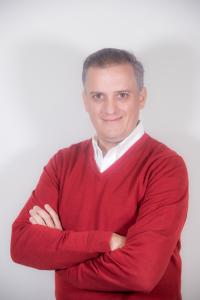 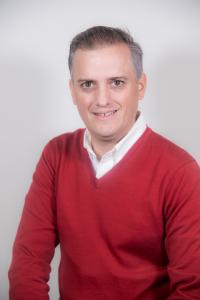 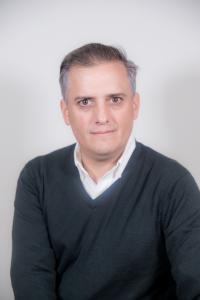 Fernando Lelo de Larrea: The universe of unicorns and VCs expands to stadiums

The ecosystem of Venture Capitals and the irruption of national unicorns have made Kavak or Clip already have advertising on the shirts of the MX league and even on the national team itself.”
— Fernando Lelo de Larrea

MIAMI, FLORIDA, ESTADOS UNIDOS, February 17, 2022 /EINPresswire.com/ — Traditionally, the names of sports stadiums have been linked to the history of their tenant clubs or allude to the city or neighborhood in which they are located. However, this situation has changed in recent years as more and more franchises and clubs have opted to give the name of their stadiums to bear the name of a commercial brand. This practice has gradually become a global trend that began in the United States more than 30 years ago, then spread to Europe and then to almost every corner of the world.

To find the first case we have to go back 110 years in time when the Boston Red Sox sold the naming rights to their newly built stadium in 1912 to the Fenway Realty Company, a real estate firm.

"The most recent case has to do with the last Superbowl. The new and state of the art stadium of the Rams and Chargers was named SoFi Stadium for a record $625 million according to reports, which is a milestone in this type of advertising and above all gives a blow on the table regarding the power and influence of Fintech and what is coming for them in the future" mentions Fernando Lelo de Larrea.

The major European leagues.
The German Bundesliga is the competition with the highest number of stadiums that have transferred their naming rights. In total, 78% of the clubs have said goodbye to their old names to make way for a brand name. Of the 98 teams that make up the five most important leagues in Europe (Spain, France, Italy, Germany and England), only 30% have done so. In the Premier League, Serie A and Ligue 1, only 20% are sold, while in La Liga, 15%.

In England's Premier League, which holds the title of being the oldest professional league in the world. Many of its old clubs have decided to remain faithful to their history, which in most cases already exceeds one hundred years, while on the island there are still few clubs that have decided to enter the business and sell the right to the name of their stadiums.

The Spanish league, France's Ligue 1 and Italy's Serie A are just beginning to open up to this new trend, so most of their stadiums still retain their historic names, such as the Santiago Bernabeu in Spain, Parc des Princes in France or San Siro in Italy. The recent cases of Atlético de Madrid and Barcelona open the door to more traditional clubs opting to cede their names in the near future.

Companies have also found in sports venues a niche opportunity, such is the case of the German multinational financial services company Allianz, which sponsors eight stadiums in four different continents. Six of them are soccer stadiums and the other two are multipurpose stadiums. In total, the German entity pays 30 million euros per year.

Mexico.
The model has also reached Mexico. In recent years, Chivas reached a 10-year agreement with Akron, a producer of automotive oils and lubricants, in which they receive 2 million dollars a year for the rights to the name of their stadium, formerly called Estadio Omnilife. Chivas is joined by four other Liga MX teams, Rayados, BBVA Stadium, Santos, Corona Stadium, Necaxa, Victoria Stadium and Xolos, Caliente Stadium. Recently, the possibility of the Azteca Stadium getting a sponsorship agreement with a view to the 2026 World Cup was recently reported, but at the moment there is nothing formal.

"The ecosystem of Venture Capitals and the irruption of national unicorns have made Kavak or Clip already have advertising on the shirts of the MX league and even on the national team itself. It would not be strange to see a FinTech naming establishing itself in a first division stadium," says investment expert Fernando Lelo de Larrea.

The media case of Barcelona
Futbol Club Barcelona has recently signed an agreement with Spotify to become the main sponsor of the club for 280 million euros over the next three years. The new partnership contemplates that the streaming company will be present on the first team jersey, training clothes, women's team and also in the name of the stadium, which has remained unchanged for 65 years.

The agreement between the Catalan club and Spotify may have as a novelty that the stadium will have a surname and become known as the 'Camp Nou Spotify'. This proposal will have to be approved by the club's members at an Extraordinary Assembly. For the bulk of the members, the agreement is not seen with good eyes, but the economic situation of the club has led the entity to seek other alternatives with which to obtain extra income.

"It is evident that some soccer clubs understood some time ago that they were not in the soccer business, but in the entertainment business and that their mission was to design experiences and provide content. In the early 1990s, Anglo-Saxon clubs, led by Manchester United realized that the soccer market went beyond that and that their banners should be managed as true commercial brands."
"Football is soccer" V.Boskov