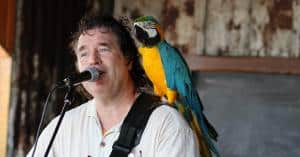 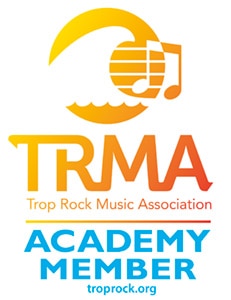 It seems like I was destined to embrace music with a beachy, island vibe.”
— John McDonald

The native Bostonian, who lived in Pittsburgh for over two decades, endured many wind-chilled frosts and bitter, winter storms before he moved to the Space Coast of Florida.

“I have a vivid, indelible memory of watching Elvis Presley in Blue Hawaii as a small child” he recalls. “That was my first real exposure to anything tropical. Later in my early adolescence, I wore out The Beach Boys’ double album Endless Summer with all their songs about the beach, girls and surfing. Looking back, it seems like I was destined to embrace music with a beachy, island vibe.”

However, what gives Ukulele Luau Dreams a distinctly South Pacific, island vibe is the exquisite chops of steel pedal guitarist Doyle Grisham. As a long time Nashville session player, Grisham has put his trademark touch on many recordings, most notably helping to create the early Gulf and Western sound that would eventually propel Jimmy Buffett’s ‘Caribbean Rock n’ Roll’ into a touring and branding empire.

McDonald’s new single from Islandology is representative of this musical tradition, which has evolved into a vibrant sub-genre called Trop Rock, described as a blend of ‘Beach Country and Sunshine Rock.’

“Although a lot of different terminology is used” McDonald points out, “Trop Rock is essentially a feel good genre that’s suited to escapist lyrical themes with instruments indigenous to the tropics, like steel drums and percussion.”

Given the state of the world today, who couldn’t use a four minute escape into a ‘ukulele luau dream,’ along with a Mai Tai or Pina Colada?