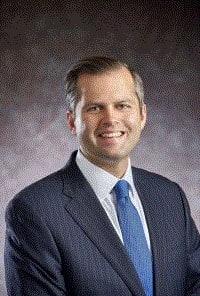 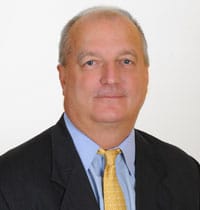 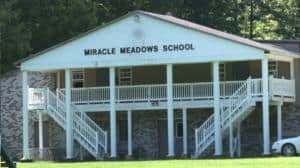 CHARLESTON, WEST VIRGINA, UNITED STATES, November 14, 2020 /EINPresswire.com/ — Twenty-nine former students at the Miracle Meadows School in Salem, W.Va., who were child victims of serious sexual and physical abuse, settled their claims for a total of $51.9 million dollars following years of litigation against the school.

The total settlement amount is believed to be a record for such cases in the state and was reached with the various defendants and finalized Oct. 27th.

The 29 former children were alleged to have suffered mental, sexual, and physical abuse by the adults who ran the Christian boarding school in Harrison County over a period of decades. The former students alleged that they suffered shocking abuse that included being chained and shackled to beds, kept in isolation rooms for weeks and months at a time, sexually assaulted, starved, forced to perform manual labor and routinely beaten.

The case was settled on behalf of the former students by Charleston attorneys Jesse Forbes of Forbes Law Offices PLLC and Scott Long of Hendrickson & Long, PLLC; along with Brian Kent and Guy D’Andrea of Laffey, Bucci & Kent LLP in Philadelphia, Pa.

“The abuse suffered by these children would shock the conscious of any West Virginian,” said their attorney Jesse Forbes. “They were stripped naked, handcuffed, sexually abused and kept in a 5-by-8-foot room with a coffee can for a toilet. This is the stuff straight from a horror movie.”

Miracle Meadows School was founded in 1987, and it was advertised as a Christian boarding school for boys and girls 6 to 17 years of age “who are experiencing difficulty relating in a positive way to family, school, church or community or are experiencing dishonesty, school failure, trouble with the law, spiritual disinterest, poor social skills, adoption issues, and other behavior that is harmful to them and others,” according to the lawsuits.

Although authorities and law enforcement attempted to investigate Miracle Meadows for years, it became difficult to see those investigations to a conclusion as the alleged perpetrators were often brought to the school on work visas and would be sent back to their home countries before authorities could question them any time a complaint was made.

“I have spent years as a guardian ad litem for abused children in this state and I have never seen anything like this,” said Forbes, “These children were tortured in ways that people couldn’t even dream about in their worst nightmares, and the fact that it continued over so many decades is truly shocking.”
Longtime Charleston attorney and mediator Scott Long, who also represented the plaintiffs, described the case as complex from a standpoint of trying to obtain an appropriate level of compensation for the children.

“This settlement will finally bring justice to these innocent children, now adults, and hopefully allow them to begin to heal,” Long said. “The horrific abuse has come to an end but without setting aside money to provide these former children the healing services they desperately need their abuse would continue.”

The Miracle Meadows School in Salem, WV was shut down by authorities in 2014 due to allegations of physical and sexual abuse and serious neglect of students in the school. The school’s director, Gayle Clark, was convicted of child neglect and failing to report in Harrison County, W.Va. and sentenced to six months in jail and five years of probation. The Harrison County Sheriff’s department uncovered multiple allegations of sex abuse and physical assault at the school.

The school, founded by Clark and her husband, had operated as a boarding school targeting at-risk youth, including those with learning disabilities and behavioral disorders.

The case was styled as a consolidated action in L.B v. Miracle Meadows School, et al. Civil Action No. 17-C-146 and was filed in the Circuit Court of Kanawha County. The Plaintiffs were represented by Charleston Attorneys Jesse Forbes of Forbes Law Offices, PLLC; Scott Long, Hendrickson & Long, PLLC; and Brian Kent and Guy D’Andrea of Laffey Bucci & Kent, LLP in Philadelphia, Pa.