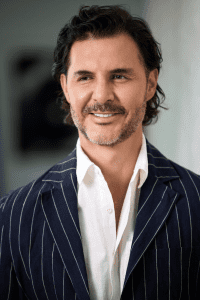 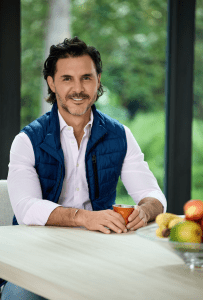 German Rosete: The liquor brand that created a team.

Mast was able to take advantage of the difficult times the club was going through and as a good businessman, the CEO of the company picked up the phone to contact Ernst Fricke.”
— German Rosete

Almost half a century ago, a company dedicated to the manufacture of liqueurs would change the world of soccer forever. It would be in 1973 when the famous herbal liqueur Jägermeister would become the first brand to print its logo on a professional soccer team's jersey. The club chosen to carry out such a risky bet would be the traditional German club Eintracht Braunschweig, who would be the first to sell the front space of its jersey for an outrageous amount of 100,000 German marks (30,000 Euros at present). A very significant sum and income for a time when no one foresaw the lucrative business deal that was in the offing.

50 years after this first pioneering commercial agreement of its kind, today the exchange between brands and clubs is so commonplace that it is almost impossible to find a professional team's jersey that does not have any kind of advertising printed on its different uniforms. The revolution that began in Germany in the 1970s would eventually reach the whole world in a short period of time, changing the history of soccer forever.

Eintracht Braunschweig and Jägermeister, the start of a worldwide revolution.

Eintracht Braunschweig, a club founded in 1895 and then playing in the top flight of German football, would be the first to include a brand logo on its immaculate yellow and blue jersey, a fact never before seen on any club on the planet. The traditional team, which had achieved moments of success such as winning the 1966/67 and 1971 Bundesliga titles, would soon be plunged into a deep crisis due to the involvement of several of its fans in a match-fixing case. This situation caused the team to fall into a serious sporting and financial crisis, which was exploited by Günter Mast, CEO of the family-owned Mast-Jägermeister company, who sought an unexplored business opportunity in soccer.

"Mast knew how to take advantage of the difficult times the club was going through, and like the good businessman he was, the CEO of the company picked up the phone to get in touch with Ernst Fricke, president of Eintracht," says German Rosete.

Mast would make an offer that the manager could not refuse. The deal was simple: 100,000 marks in exchange for visibility on the club's jersey. The deal would save the club's bottom line, which would be able to clean up its finances and get a couple of good signings in the process, and the brand would be able to increase its sales exponentially. A fair deal for both parties involved.

As expected, the German Football Association disagreed and took a stance against the agreement, although legally it could not take any action in the matter. The topic would quickly move from the newspapers to the discussion table of the German football fan who was aware of the move; for a sum of a few thousand marks, Jägermeister had succeeded in getting the whole of Germany talking about the brand's strategy.

Without looking for it, Mast had executed a masterful advertising move; he had become the first entrepreneur to place his company's logo on the shirt of a professional club and had also created a new model that would be studied in marketing schools.

After seeing the potential of the business that Mast had created, another group of clubs in the young German Bundesliga would quickly sign commercial agreements of the same kind; Fortuna Düsseldorf would sign with Allkauf, Duisburg with Brian Scott, Bayern Munich with Adidas, Eintracht Frankfurt with Remington and Hamburg with Campari. Eight years later, the entire league was caught up in the fever of branding on the jerseys and the extra revenue they brought with them.

In the meantime, the liquor brand and Eintracht Braunschweig would maintain their bond for 12 long and prosperous years until 1985, when the club was relegated to the second division. During the time of their commercial relationship, the CEO of Jagërmeister would even try without luck to give the club the official name of Eintracht Jägermeister, but the German federation would not give its approval for such a change of identity. As a result of this situation, the federation enacted a rule whereby it was strictly forbidden to change the name of a club for the benefit of a commercial brand.

The revolution had already begun, word soon spread around the world and teams from other countries tried to copy the success of the business started in Germany. For the entire soccer world, it was unbelievable that printing a simple logo on a jersey would bring in a significant income that had not existed until a few years ago. With a booming television industry contributing strongly to the marriage of clubs with brands, the trend would finally achieve its definitive consolidation. The commercial agreement, which began without great expectations in 1973, would change the world of sports, creating a business model that has endured to this day and continues to evolve constantly.

"As long as the brands continue to help keep the clubs' coffers healthy, the fans care little or nothing about the fact that marketing does not understand sentimentality or history".