TAMPA Fla. – Governor Ron DeSantis announced the appointments of Gretchen Saunders and Ellen Ostman to the Board of Chiropractic Medicine.

Saunders, of Tampa, is currently the chief business officer with Hillsborough County Public Schools, a position she has held since 2005. She previously held various management roles with Hillsborough County Public Schools from 1996 until 2005. Saunders served as the assistant finance officer with Hardee County Public Schools from 1995 until 1996. She earned her bachelor’s degree in business administration from Ferris State University and her master’s degree in public administration from Central Michigan University. Saunders is appointed to a four-year term. 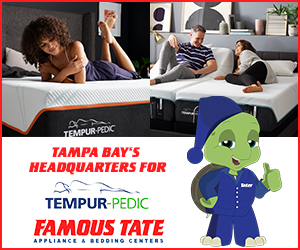 Ostman, of Tampa, has been a senior attorney with Givens, Givens, Sparks, PLLC, a trial law firm, since 2000. Previously, Ostman served as an attorney with the State Courts of Florida where she was a hearing officer from 1995 until 2000 and a traffic magistrate from 1995 until 2001. She earned her bachelor’s degree in finance from the University of South Florida and her juris doctorate from the University of Florida. Ostman is appointed to a four-year term.

These appointments are subject to confirmation by the Florida Senate.

Publishers note: While The Free Press will always be free for our readers, and ad-supported, we are asking our loyal readers to consider a monthly donation of $3 to maintain our local journalism and help us grow, as we ramp up ad sales locally.

We thank you all for your consideration and supporting local journalism.