Visiting Guanajuato is like taking a stroll back to the past 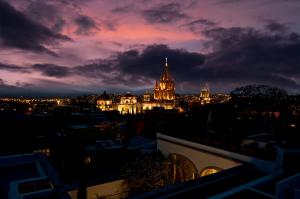 San Miguel de Allende, one of the most beautiful cities in the world without a doubt, declared by UNESCO as World Heritage Site 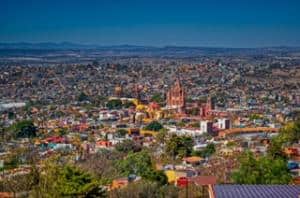 In the UNESCO definition, San Miguel de Allende is characterized for its authenticity, integrity and degree of conservation, key elements in the approval of the declaration.

Guanajuato has two cities that rank in the major leagues of world tourism: San Miguel de Allende and Guanajuato city, the capital

MIAMI, FLORIDA, UNITED STATES, July 6, 2021 /EINPresswire.com/ — Guanajuato, located in the heart of Mexico, has within its domain two cities that rank in the major leagues of world tourism: San Miguel de Allende and Guanajuato city, the capital. Both are designated as UNESCO World Heritage Sites for their exceptional cultural value.

The designation is not for specific properties but for the towns in their entirety. A trip to these cities guarantees unforgettable experiences. They deserve to be preserved for the delight of future generations and to be visited today by international tourists interested in admiring the highest expression of human creative capacity. The two cities, located less than fifty miles from each other, have splendid connectivity, lodging options for all budgets, and a wonderful offering of restaurants celebrating local cuisine.

The capital city of Guanajuato was declared a UNESCO World Heritage site in December 1988. It was one of the most important municipalities during the Viceroyalty and prospered due to its mining wealth. This mining past gave rise to its underground streets and accounts for the Mouth of Hell, a small mine with a depth of 600 meters.

The churches of the Compañía de Jesús and the Valenciana are among the most eminent examples of Baroque architecture in the Western Hemisphere. Guanajuato was also the protagonist of events that changed the course of history for Mexico during the War of Independence.

In Guanajuato, the ingenious gentleman Don Quixote de la Mancha still rides throughout the year, but especially during the International Cervantino Festival when the city pays tribute to the preeminent Spanish writer, Miguel de Cervantes Saavedra. Throughout the city there are representations of his work.

San Miguel de Allende has enjoyed UNESCO designation since 2008. It has subsequently received awards that distinguish it as one of the best cities in the world to visit, and also to live. It is the most remarkable small city in the world. Do not miss it.

The residents of San Miguel de Allende endorsed the UNESCO distinction because for generations they carefully cared for the city's heritage. Today it is a haven for creators of every artistic discipline; for people who live in harmony with the environment and who know they are fortunate to be part of that city.

It is a continental example of the baroque architecture from the 16th century generated in New Spain and one of the most representative sites where the Mexican Independence movement developed. These factors increase its historical value.

Located in the Historic Center of the colonial city is the iconic Temple of San Miguel Archangel, a world-famous building from the seventeenth century. It is highlighted by its neo-Gothic façade and rust-red tonality, which is topped with pinnacles adorned by geometric figures.

In the area also is the Sanctuary of Jesús de Nazareno de Atotonilco. Built in the 18th century, it is known as the Sistine Chapel of America for its interior that exhibits frescoes by the local painter Antonio Martínez Pocasangre.

In the UNESCO definition, San Miguel de Allende is characterized for its authenticity, integrity and degree of conservation, key elements in the approval of the declaration.

Do not miss a chance to visit the state of Guanajuato to see what makes these enchanting cities cultural treasures to preserve for future generations and enjoy today.