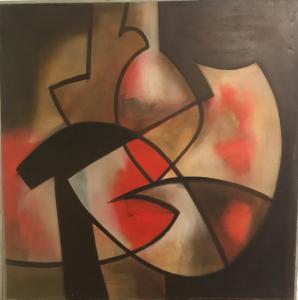 HIT Studios Welcomed Dozens of Dazzling Guests to an Art Gallery and an NFT launch to benefit the Haitian Foundation.

A Real Solution to Poverty in Haiti”
— Haitian Project

MIAMI, FL, UNITED STATES, May 26, 2022 /EINPresswire.com/ — On Monday, May 23, HIT Studios and the Tomas Redrado Art gallery welcomed dozens of dazzling guests to an art gallery and NFT launching to benefit the Foundation Haitian Project, a nonprofit that provides free education to hundreds of students in Haiti.

The featured artist was the late Gerard Hippolyte, a celebrated 20th-century Haitian painter. Among the guests was Haitian EDM artist and producer Michael Brun, whose family has supported the Haitian Project for decades. Proceeds from the art and NFT will help the Haitian Project build its second school in the Diocese of Gonaives, Haiti.

On behalf of HIT Holdings, we are proud to partner with the Haitian Project and the Tomas Redrado Gallery for such a worthy cause. Most of NFT Sales will be donated to the Haitian project foundation to help create art and music programs for kids attending their schools, one of Haiti's most successful education programs." Said Hussein AbuHassan, HIT Holdings, Co-Founder & President.

HIT Studios will integrate their Services into an NFT Marketplace, where owner buyers will keep control at 51% of the art. The owner will receive its share of the NFT profit sharing. The other 49% of NFT will partly be donated to the foundation to continue helping feed the program. "Said Alex Lemberg, HIT Holdings CEO.

The Foundation: The Haitian Project is a nonprofit organization that supports and oversees one of Haiti's very best secondary education programs, focused on forming Haiti's future servant-leaders so that the country may realize a brighter future built for Haitians themselves. Ninety percent of their alumni are in universities or professional careers in Haiti.

HIT Holdings Inc is a Miami- Florida-based corporation focused on new technologies and high innovation. We selectively onboard museum-grade assets that have the potential to appreciate over time by expanding your access to a larger community of collectors. HIT Provides blue-chip grade access for such assets to have liquidity and real-time participation. https://hitinc.io/

Gerard Hippolyte 1933 – 1996, Hipolit, as he was known in the visual-arts space, was a pioneer of Contemporary Art. An architect by trade, Hipolit's passion for subtle symmetry and balance often shaped urban architectural elements with a masterful balance between penumbra and light. He participated in over 25 exhibits during his life, including ten solo shows with features in burgeoning art cities such as NY, Washington DC, Quebec and Bogota.