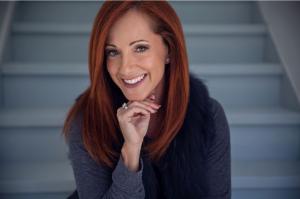 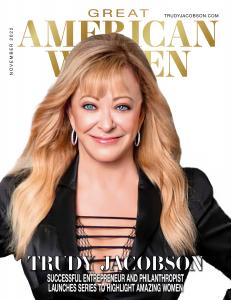 SARASOTA, FL, UNITED STATES, November 17, 2022 /EINPresswire.com/ — Jules Price is as ambitious and talented as she is entrepreneurial. Jules is a marketing expert who helps businesses grow their client base, referrals and retention through appreciation, she is an author of two best-selling books, a national Dating and Relationship Coach, as well as a professional singer and voiceover artist.

Originally from outside of Washington, D.C, Jules moved to New York City for 14 years, performing professionally in Broadway musicals and operettas.

She toured all over the world, including the role of Maria on the National/International Tour of “The Sound of Music” throughout the U.S., Canada, and Asia.

She is also currently one of the four principal singers with the New York City Ballet in their “West Side Story Suites,” at Lincoln Center and other venues around the world.

Upon relocating to Sarasota, she happened to receive a greeting card in the mail on her birthday with a gift card attached from someone she had spoken to once but never met.

She realized it was a powerful communication tool as well as a relationship builder for businesses. She took the opportunity of becoming a rep for this global organization and is now a top income earner and corporate trainer with a large organization of business clients all over the world.

She also records professional voiceovers for various large corporations from her home studio.

Jules has always been passionate about helping others succeed, so this business opened up an unexpected worldwide platform for her to voice her down-to-earth, relatable advice.

Her inspirational mindset, quirky sense of humor, and ability to empower and inspire people into action has created a wide impact across both business and personal realms.

She wrote her first bestselling book, “Secrets from the SOC Drawer” in 2010, sharing specific verbiage and mindset stories to help people build their business relationships and succeed in that particular industry.

Her newest book, released in 2019, is a humorous book “for women only” about dating and relationships called “Don’t Eat the Scraps,” based on her own dating experiences in NYC.

It describes a secret theory of a behavior that Jules has coined, the “Scraps Theory” that tends to occur in the first delicate 6-8 weeks of a brand-new relationship, and how this can throw off the balance of power and cause its untimely demise.

The national exposure and positive impact from the book’s sensation caused her to extend her coaching journey into the Dating and Relationship realm.

She now has over 200 private clients as well as from a well-known national matchmaking company, helping both men and women to find love, “listen to life,” get out of their own way, and achieve all the success they desire.

Trudy Jacobson is proud to sponsor the new series, Great American Women, which showcases women who are business owners and leaders in their field.

“I’m so grateful for my opportunities along the way. Now I want to play a major role in sharing the stories of other Great American Women.”

They have great information to share and the stories they tell will motivate and encourage others to go after their own dreams and aspirations.

“There are women who deserve to be recognized for what they’ve accomplished in life. I have been focusing on promoting myself for a while now, and I want to share the successes of more deserving women whom I admire”.

The series doesn’t just focus on the success of the women. It also talks about the trials and tribulations they have endured.

Through resiliency, hard work and determination to keep going no matter what obstacles are thrown their way, these women show how they were still able to achieve success.

Trudy herself is familiar with adversity and has learned the importance of overcoming challenges. Early in her career she began working in the trucking business.

Being in a male-dominated business, she experienced discrimination – making it hard to find her voice and be heard.

She got her Commercial Driver’s License and became a very successful truck driver, worked up to management and alongside her husband, started a trucking company.

Her entrepreneurial accomplishments is what earned her the nickname “Lady Trucker”.

It was during this time that she had the misfortune of encountering a woman whom she thought was a friend, and whom she hired to help her with her public relations.

Over the course of 13 months, Trudy realized something wasn’t right with the situation. She was being conned out of hundreds of thousands of dollars.

Never one to let adversity keep her down, she decided to move forward and make something good out of something bad.

“The main reason I’ve been successful is because I never make or accept excuses.”

This is why she is sponsoring the series to empower other women and give them the confidence to stand up and speak out.

She wants to show women that it is important to celebrate their success and not let problems they encounter get in the way of them achieving their dreams.

You can watch the web series here.

To nominate a deserving woman to be featured, visit her website.

For media inquiries, contact Allison Pagliughi at allison@thesilentpartnermarketing.com or 866.432.6456