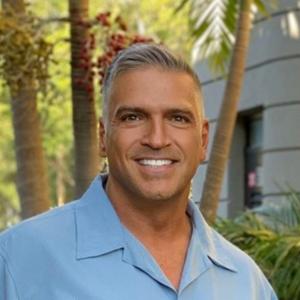 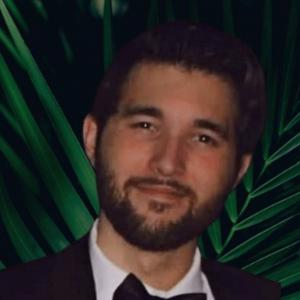 DEERFIELD BEACH, FLORIDA, UNITED STATES, January 18, 2022 /EINPresswire.com/ — Landtec Surveying, Inc. today announced that the firm’s existing President, Andrew Snyder, P.S.M. is stepping down and will assume the role of Chairman of the Board. The Company’s Board additionally appoints David Zide as President and Daniel Snyder as Vice-President of the firm effective January 24, 2022. Most recently, Mr. Zide and Mr. Snyder have served as VP of Marketing and Sales and Survey Department Manager respectively.

David Zide attended both Franklin College and Hocking Technical College in Ohio. He holds multiple insurance licenses and is a licensed Realtor in both Ohio and Florida. Mr. Zide has over 30 years of experience in the title underwriting and residential land surveying industries and was a pioneer in leading a robust marketing program for Target Surveying at a time when it was generally an unheard-of practice for land surveying firms. Mr. Zide has extensive experience leading sales and customer service teams including with firms such as GE Capital and TRW, Inc.

Since joining Landtec in 2019, David has been an instrumental leader in further developing Landtec’s corporate culture and inspiring both Landtec personnel as well as our trusted clients. David states, “I can’t describe how elated I feel and how fortunate I am to help lead the best group of people – and at one of the best companies – with which I have ever had the pleasure to work.”

Daniel Snyder holds a degree in business administration and is the son of Founder Andrew Snyder. He joined Landtec after graduating college and has occupied every role in the firm over the last 7 years. He brings a hands-on insight to every aspect of Landtec operations. Additionally, his prowess regarding computer operations will be instrumental in the firm’s continuing development of its proprietary computer system – SURPASS, an acronym for Survey Processing And Scheduling System. The development of SURPASS has been a key factor in the efficiencies found at Landtec. Mr. Snyder is additionally also seeking licensure as a Professional Surveyor and Mapper.

“I couldn’t be happier for the opportunity to now further optimize our ongoing operations with the benefit of having such hands-on knowledge of each position within the firm,” stated Daniel. “I feel that I’ll have that much more an open ear toward staff member's needs, concerns, and suggestions… I love a comprehensive team effort.”

As President, Mr. Zide will be assuming all direct responsibilities regarding the Company’s continued growth and overall administration while Mr. Snyder as Vice-President will oversee and direct all company daily operations.

“I can’t think of a time in our firm’s history when we have been blessed with as good a team as we now have,” said Landtec’s founder and Chairman Andrew Snyder. “David and Daniel have both been greatly instrumental in the firm’s growth and success and team building and I am truly excited to see where they will lead the Company next.”

Andrew Snyder will remain an interim member of the operations team ensuring the smooth transition of leadership.

Landtec Surveying was founded in 1997 and celebrates its 25-year anniversary in 2022. Having surveyed over 8 billion dollars in real estate in 2021 alone, Landtec has remained a leader in its field. Landtec Surveying, Inc. is a privately held corporation largely servicing the needs of Florida’s Real Estate and Land Title communities. It has built a reputation for reliability and attention to detail and has led with innovation and efficiency and is respected for its expertise in boundary determinations and resolutions. It is especially proud of helping to continually create career paths for many of its past and current employees.

This date also represents the start of a transition of ownership interests with David and Daniel both beginning a structured equity position within Landtec.

For more information about the company, visit www.landtecsurvey.com.