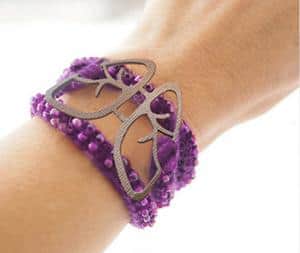 An example of what can be done with the Prelude lungs and a little bit of creativity. 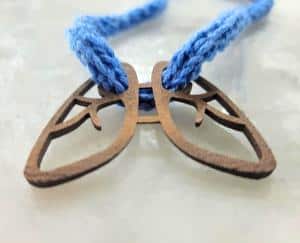 The Prelude “Lungs” (shown here) will be the center of each knitted project.

TAMPA, FL, UNITED STATES, June 10, 2021 /EINPresswire.com/ — Prelude to a Cure, a non-profit organization based in Tampa, Florida is kicking off a “Knit-A-Lung” fundraiser in a unique way – by getting doctors, patrons, patients and school kids involved with knitting. Prelude to a Cure – a non-profit, all volunteer organization and a driving force for lung cancer research has enlisted surgeons and doctors to kick-off the "Knit-A-Lung" event – borrowing from the common knitters language of a knit-a-long – an event when people around the country knit the same thing together, but are physically apart.

Prelude to a Cure believes that a cure for lung cancer will be found through the passion and collaboration of researchers, patients, physicians and survivors. The Prelude Knit-A-Lung turns that metaphor into reality, by asking the knitters, a diverse and creative crafting community, to donate their time, skill and money to help us find a cure. For a small donation, Prelude to a Cure will provide anyone who wants help, a "charm in the shape of lungs", and some basic knitting patterns, to inspire a lung-themed project. While funding cancer research is a serious business, knitting is an expression of hope and joy.

“It's a unique twist on fundraising and community involvement,” said Debbie Ploor, Prelude Board Member. “We love the idea of creating something that is evergreen and can continue across people of all age groups and borders – to build awareness of this disease that is so prevalent and misunderstood.”

The kick-off date is June 17th at Stash – A Place for Yarn, 3347 S. West Shore Blvd. in Tampa at 6:00 PM. Dr. Shahnaz Kazi and an assistant will teach some of the Moffitt surgeons, doctors and board members to knit as part of the awareness for the fundraiser.

Prelude to a Cure continues its mission to educate, spread awareness and raise funds for valuable research to work toward the ultimate goal – a cure. Lung cancer has been considered the “invisible cancer” due to the late onset of symptoms when the cancer is in advanced stages, low survival rate and lack of knowledge by the public. Currently it is the least federally funded of the top cancers, yet is the leading cause of cancer deaths in the U.S.

About Prelude to a Cure:
Founded in 2012 by Moffitt Cancer Center’s Dr. Lary Robinson, and nationally renowned thoracic researcher, Dr. Scott Antonia, Prelude to a Cure was created to become the driving force in funding lung cancer research.They believe that breakthroughs will come from this new generation of researchers. By funding investigator-initiated research through pilot and seed grants, Prelude to a Cure will help accelerate the pace of research for a cure. For more information or how you can get involved visit: https://www.P2aC/org