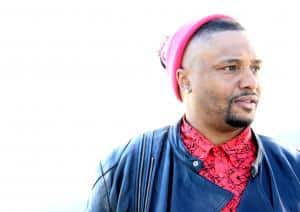 “This documentary provides a case study and takes viewers on a historical journey that shows what led to our current issue with crime and violence”.”
— Community activist Afrika Porter

The “Chicago at the Cross road” documentary is based on and in Chicago, IL. The story baseline reads Where did Chicago go wrong? Chicago at the Crossroad tells the story of a city caught in the aftermath of a policy of mass displacement shaded by a long history of segregation. This documentary provides a case study and takes viewers on a historical journey that shows what led to our current issue with crime and violence. Community activist Afrika Porter also an executive producer of the film quoted. Director and producer Brian Schodorf “Much is said about the violence in Chicago’s segregated communities. But what is known about the systems that created it, the laws that isolated it, and the policies that abandoned it. This is that story”.

The PBS broadcast of “Chicago at the Crossroad” Aired November 12th at 8pm cst and is an hour-long documentary which will have an encore on Sunday, November 15th at 5 PM (CST) and will also be available on PBS Prime and Amazon Prime. Chicago at the Crossroad was recently nominated for 7 Chicago/Midwest Emmy Awards including Cultural Program, Directing, Writing, Editing, Cinematography, Score, and Promo. This program would not have been possible without the invaluable support of our community partners at Sinai Health Systems and the Firehouse Community Art Center A special thank you to Pastor Phil Jackson, Debra Wesley, Afrika Porter, Linda Mensch, Ryan Kolegas, Nathan Weber, Malachi Gross, Malik Yusef, Burundi Partlow, Alisa Inez, Meghan Risch, Vic Maggio, Michael Ledajaks, Rahman Ayi, Jeremiah Hammerling, Eric Davis, Steve Saunders, Kyra Kyles, Marcus Wilson, October TV and the entire cast and crew.

Also Save the date of Sunday, November 22nd for virtual Emmy show, live at 7 pm. Hosted by Pat McGann, it promises to be a lot of fun!

As a result of these recent Nominations and the fact that Chicago is not the only city impacted by these levels of disruptive influences, Malik Yusef is releasing " A Nation at the Crossroads“ Music project aimed at highlighting the experiences of artist across America and will be holding auditions for the multi-album project.