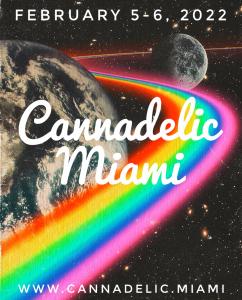 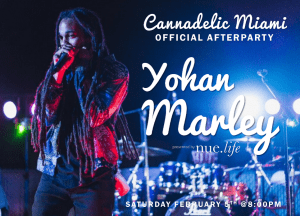 Media is invited to attend setup day for Cannadelic Miami on Friday, Feb 4th at 3:00PM for B-roll video and interviews at the Miami Airport Convention Center

MIAMI, FL, UNITED STATES, February 2, 2022 /EINPresswire.com/ — Cannadelic Miami announced today that members of the press are invited to attend setup day for the world's first marijuana and psychedelics conference to collect video and interview participants. Media is invited to the expo hall of the Miami Airport Convention Center from 3:00pm – 5:00pm on Friday, February 4, 2022. More than 100 marijuana and psychedelic companies are expected, as well as more than 100 leading experts in the space.

"We are inviting the press to see first-hand how the stigma surrounding marijuana and psychedelics is nothing more than propaganda," said Pete Sessa, Cannadelic Miami co-founder.

Marijuana and mushrooms are centerstage this weekend in Miami, along with dozens of other mind-altering substances. Cannadelic Miami, the world's first cannabis and psychedleics conference and expo includes vendors, exhibitors, a visionary art gallery, panel discussions with more than 100 industry leaders, researchers and advocates, and a musical performance by Yohan Marley.

Nearly 10,000 people are expected to attend the two-day event at the Miami Airport Convention Center. The expo hall is FREE for anyone to attend, and features medical marijuana companies, psychedelic tourism companies, hemp vendors, lifestyle brands and industry service providers.

"This isn't a drug conference," says Pete Sessa, Cannadleic's co-founder. "It's about destigmatizing and decriminalizing substances that humans have used for centuries to heal our minds, connect with the each other and expand our consciousness."

Access to the panel discussions ranges from $49 – $299 which includes access to more than 30 hours of panel discussions focusing on topics ranging from common misconceptions about psychedelics and the future of mental health treatment, to federal marijuana legalization, licensing and social equity. All of the sessions will be live streamed. Tickets can be found at Cannadelic.Miami.

Film Director, Futurist and Psychedelic Concierge to the stars, Zappy Zapolin will deliver the keynote address: Psychedelics and the Future of Human Consciousness. The full schedule and speaker list can be found at www.Cannadelic.Miami.