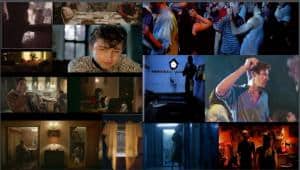 The state of Guanajuato is one of the most important states in Mexico for the film industry. Proudly maintains a specialized agency, the Guanajuato Film Commission (GFGTO) as part of the Ministry of Tourism

STATE OF GUANAJUATO, FLORIDA, MEXICO, November 26, 2021 /EINPresswire.com/ — Háblame de ti is the first Mexican film produced with the support of FOCINE, the Program for the Promotion of Mexican Cinema. Additional support is being provided by EFICINE, a tax incentive for investing in cinema projects; CFGTO (Guanajuato Film Commission), and Cinépolis Distribution. Cinépolis is a Mexican movie theater chain with 678 venues around the world.

According to the director, who has worked in Mexico’s film and television industry for over a decade, Háblame de ti is a coming-of-age movie with an LGBT+ theme. "It's an identity film, about discovering who you are, who your friends are, the people around you,” adds the film’s producer, Candy Alvarado, who is widely recognized for her work on top quality cinema.

The continued growth and prestige of the Mexican film industry presented some logistical and scheduling challenges for the Háblame de ti production team “The key challenge was one of time,” observed Ms. Alvarado. “It was difficult to start in September with the resources available and then within six weeks prepare everything, close casting, locations and more.” With support from organizations such as FOCINE, EFICINE, CFGTO, and Cinépolis Distribution, filming for Háblame de ti is on track to meet its completion date.

Each of these institutions share the objective of promoting the development of Mexican cinema. Promoting the production, distribution, and displaying of Mexican films, and through cinema stimulate national integration and cultural decentralization. Together, they celebrate cooperation, co-production, and exchange agreements with national and foreign institutions. They also conduct studies and organize training activities in cinematographic matters. And to promote the development of professionals and the community dedicated to cinema throughout the country; helping them to conduct their work and make it available to the public at both nationally and internationally.

The state of Guanajuato is one of the most important states in Mexico for the film industry. Proudly maintains a specialized agency, the Guanajuato Film Commission (GFGTO) as part of the Ministry of Tourism, to facilitate and provide all the assistance required for film production. And has a program to grant incentives to cinematographic projects and support local talent including documentaries and even video games.

The CFGTO offers a wide range of services for filmmakers and advertising agencies, including logistical services, expediting authorization permits, location scouting, among other essential support. For more information visit: https://comisionfilmgto.com/