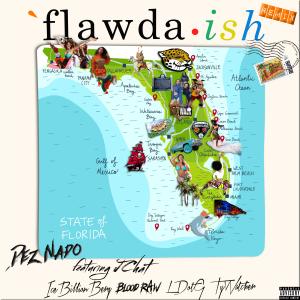 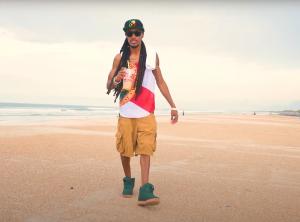 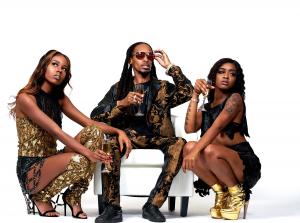 As far as rap, I felt like it was time for another Florida anthem. So, I felt like this track was needed, and this is just part 1. Salute to my home state.”
— Dez Nado

JACKSONVILLE, FLORIDA, USA, November 20, 2022 /EINPresswire.com/ — Jacksonville-based artist/music & TV producer Dez Nado released a packed remix to his regionally acclaimed “Flawda Ish” single, a celebratory song all about his home state of Florida he debuted earlier this spring which has since received support from household names such as Miami-native and VH1 TV star Trina, radio stations who’ve given the single national airplay including the DJ of global icon Pitbull’s Sirius XM platform, WLDI (95.5), WIIT (88.9), WHYI (100.7), WKNC (88.1), KCEZ (102.1), KWLP (100.9), and WRUW (91.1) among others after charting top 25 for a full month as an urban mix show priority on CICANA, 3 months on digitaldjpool.com, and top 25 adult contemporary on global industry reporter PlayMPE alongside major industry acts from Def Jam, Universal, and Verve/Republic Records.

The single earned several highly positive reviews from blogs like AllHipHop.com, Ratingsgamemusic.com, Cultgateway who called the track the “hottest hip hop track of the spring”, DailyMusicSpin who labeled Flawda Ish a “certified banger”, Canvas Rebel, and Florida-based Muzique Magazine. Since its release, the track has earned over 100K streams on major streaming platforms, the official music video has over 17K views on YouTube as of November 2022, and after receiving over a quarter-million plays on mixtapes in collaboration with global mixtape syndicate Mixtape Monopoly, Dez seeks to duplicate the success and popularity of Flawda Ish with the new remix—which puts a fresh spin on the Pretty Ricky classic and features Florida heavyweights Ice Berg, known for his 2000s-2010s run with Trick Daddy’s Dunk Riders and songs like “Stick Drill”, and “Naked Hustle”, and former Jeezy label-mate Blood Raw, known best from songs like “Corporate Thuggin’”, “Keep It Gangsta”, and New York legend Jadakiss’ “Something Else” which also features Jeezy and a host of others. The Flawda Ish remix also features Dez flexing his lyrical muscle a bit more than he did on the OG version of the track and fellow Jacksonville rappers LdotG and Ty Watcher as J Chat returns to deliver the hook.

Dez is hitting the road this fall/winter and featuring up-and-coming talent on the current seasons of both of his TV shows (“My Life & Grind” and “LIVE from New Jax City”) while capturing his life and grind from his own perspective for a new season to come in late 2022/early 2023. He’s also promoting his latest single “Flawda Ish” as a part of his upcoming mixtape album “LPYH SSNZ: Twerk Tape”, a twist on/celebration of Twerk culture that was preceded by a mixtape entitled “LPYH SSNZ: 90s Tape” (pronounced Logophilia Sessions: Nineties Tape; a themed mixtape with songs inspired by popular trends of the 1990s) which dropped Valentine’s weekend 2020. The LPYH SSNZ mixtape album series will also include another music project to be released next fall—inspired by popular trends from the 80s, and other mixtapes in the series counting down to what Dez anticipates being his final solo rap project, a major LP finale: LPYH (LogophiliYaH) in 2024 which will feature several “surprises”, according to him.

Dez Nado’s “Shoot Ya Shot” album preceded the 90s Tape and has, since its release, crossed half a million streams on major streaming platforms–right on time for the summer hit “Flawda Ish” and the unofficial Florida Classic weekend/holiday season/Duval Trap Gala-Sagittarius Bash anthem to take the spotlight until his next single release leading up to the Twerk Tape’s release; the single is expected to be a “return to [his] Jamaican and Panamanian roots with a more Caribbean feel”.