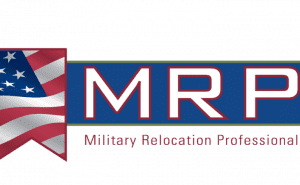 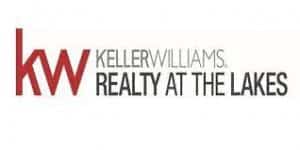 “A Vet Helping Other Vets”

Think of me as your Recon Platoon. I'm a Vet who enjoys helping other Vets. You're in good hands with me when you relocate to Florida.”
— David Zeckser

ORLANDO, FLORIDA, USA, June 1, 2021 /EINPresswire.com/ — As a Military Relocation Professional Agent, in Florida, the Nation’s most Veteran-Friendly State, David is there to help you find the best location, the best home value, and conventional or VA financing to meet your needs. Think of him as your Recon Platoon. If you start working with David months before your separation date, when the truck picks up your household goods on base, your family can already be on their way to their new home in Florida. Because you cannot get away to handle all the details, he’s been there, done that, and will find a way to get it done.

Would you like to retire and live on a street where many of the homes display the flag in their front yard? Do you like to associate with other Vets of similar backgrounds and experiences at the Clubhouse? Are you looking for an enclave where you feel you are among people of a similar mindset?

Well, David can offer you properties with those characteristics, in new, affordable 55+ communities in Clermont, Winter Garden, Windermere, Celebration, and Orlando, Florida.

David was raised in Carthage, Missouri, on Route 66, during the fifties. He was active in High School and College ROTC and was Commander of the Drill Team at Missouri State. But early on, David held the uncommon belief that to be an effective commissioned officer, the officer should first be an enlisted man. So, with no guarantees, he left college and enlisted in the Army in 1961. A year later, as an acting Sergeant at the NCO Academy at Ft. Jackson, SC, he was chosen to attend Infantry Officers Candidate School at Fort Benning, GA, and was commissioned as a 2nd Lt in August of 1963.

Speaking a little German, after Airborne training David was selected for a sensitive assignment in the prestigious Berlin Brigade, Berlin, Germany. In 1965 he also served as Officer in Charge of the Guard at Spandau Prison, intermittently under the Quadripartite Agreement with the USSR, U.K., France, and the U.S. Spandau held the famous NAZI Generals, Hess, von Schirach, and Speer.

In May of 1966, David returned to the U.S. and assumed command of a Basic Training Company at Ft. Dix, NJ. A year later, after attending the Special Warfare School at Ft. Bragg and language school at Ft. Bliss, TX, it was off to an assignment with the Military Assistance Command -Vietnam, MACV, where he served for a year in Combat as the Senior Advisor to a Vietnamese RF Battalion.

During the Tet Offensive, David was awarded the Bronze Stars for Valor with V Device three times, the Vietnamese Cross of Gallantry with a Silver Star, the Combat Infantryman’s Badge, and the Air Medal, when his observation (Slick) helicopter was shot down and crashed in the middle of the advancing VC Forces. Under heavy fire, he was picked up by a Gun Ship and flown to safety with only back injuries from the crash. Others on board were killed or wounded.

Due for a break from Combat, from October 1968 to March 1969, David was assigned as the Army Officer in Charge of the R&R Center in Sydney, Australia, run by the U.S. Navy. He welcomed two Boeing 707 planeloads of troops from Vietnam every morning, gave them a briefing in the Chevron/Hilton Hotel, and found them lodging in local hotels for two weeks. At only 27 years old, David was on what we called back then, “the Five Percent List” for promotion to Major. He returned to the U.S. and was assigned as a Brigade S-1 and acting Brigade XO at Ft. Leonard Wood, MO. David was promoted to Major in October of 1969 and at age 27, was the youngest Major in the U.S. Army at that time.

In 1973, after learning Spanish and working in Mexico for two years, David was handpicked by the Chairman of the Board of Holiday Inns, Inc. as the Managing Director for Brazil, to initiate and develop the chains activities in that country. He opened their first offices in Sao Paulo and remained with Holiday Inns for five years. In 1978 he resigned and left the corporate mold to develop his own hotel properties, a Hotel Management Company, and a construction company. This included the internationally known “Royal Palm Plaza” in Campinas, Sao Paulo, Brazil. Now expanded by the new owners it is one of the finest convention hotels in South America. He opened many Brazilian companies and joint ventures, including one with Shell Petroleum-Brazil.

After 26 years of working and living in Brazil and speaking fluent Portuguese, David moved back to the U.S. and has served as a business intermediary and consultant for U.S. and Brazilian investors and companies.

In 2016 he obtained his Real Estate License to facilitate his activities in international commercial real estate and business transactions and also to dedicate himself to helping other Veterans seeking a great place to retire in Central Florida. Now, having been a builder in Florida and internationally, David is a good judge of construction costs and home values.

Located in Clermont, Florida, just minutes from Orlando but in the heart of the best 55+ retirement communities Florida has to offer, David is well-positioned to help Veterans find that “sweet spot” the very best retirement real estate option that meets their dreams and expectations. David covers the areas of Orlando, Windermere, Winter Garden, Clermont, Kissimmee, and Celebration in Central Florida.