RMS Republic – Then and Now – Port 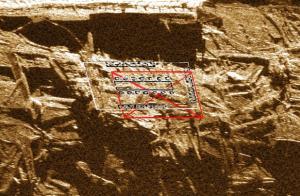 “X” Marks the Spot; Call for Offshore Companies to Submit Plans for Consideration

Should we prove successful in our quest, I believe this will go down as the greatest treasure recovery in history and prove a very nice outcome for all parties involved.”
— Grant Bayerle

MIAMI BEACH, FL, UNITED STATES, September 13, 2021 /EINPresswire.com/ — The RMS Republic has become the most intriguing shipwreck in lost treasure circles, and the latest development – a release of a previously confidential internal report detailing the location of the purported treasure – only adds to the intrigue. The report, titled “RMS Republic Treasure Location Report” dated September 1, 2021, is about 50 pages long and filled with many years of research into gold storage locations, plans of similar treasure ships and recoveries, and an analysis of RMS Republic’s ship layout combined with current survey images of the wreck itself obtained only recently, culminating with a literal red “X” marking the spot of the treasure.

For those unfamiliar, RMS Republic was a 570-foot long, 15,000 ton White Star Line luxury liner that sank in January 1909 after leaving from New York to head to Europe, carrying many wealthy passengers and their baggage, thousands of sacks of mails, a large shipment of US Navy supplies (including a payroll for 14,000 sailors), as well as a purported much larger shipment of U.S. gold coins believed to be bound for Russia. The ship was T-boned in very dense fog by an incoming Italian ship, the SS Florida, in the early morning hours of January 23, 1909, about 50 miles south of Nantucket, Massachusetts. Republic stayed afloat for 39 hours after the collision, allowing all passengers to transfer to other vessels via lifeboats and enough time for tug boats to begin towing Republic back to the U.S. coast for repairs. Passengers were told to hold onto their state room keys and they could retrieve all their belongings once the injured ship was safely back in port. However, Republic didn’t make it. She slipped beneath the waves on the way back with all cargo and passenger belongings still on board. At the time, RMS Republic was the largest ship to sink in history (until she would be surpassed 3 years later, in 1912, by another notable luxury White Star Liner you’ve probably heard of). However, what was the end of her story as a reliable luxury liner transporting wealthy passengers and cargo transformed into the beginning of another one – that of a lost sunken shipwreck containing, as one treasure book author put it, “riches beyond most men’s wildest dreams.”

Republic soon became a hot topic among salvage outfits of the time, but at 270-feet below the surface she was out of reach. The world record for diving at the time was 204-feet, and the diver had only remained at that depth for a couple minutes, in relatively safe conditions before returning to the surface. Republic was far beyond sight of land, in the harsh north-Atlantic, an area known for strong currents and sharks. Titanic was lost in 1912. World War I and the Great Depression soon followed and Republic’s rumored cargo, except in treasure lore, soon faded from history.

While the physical recovery of the cargo was impossible until the 1960s, and, even today remains technologically daunting, research was not. Enter Martin Bayerle, who sought out to locate the wreck, found her in 1981 and has been digging through archives all over the world and piecing together the details ever since. What kept the cargo in place was primarily the secrecy regarding the specifics of her cargoes, and the original government ownership interests. “Was there anything to recover? And, if so, who owned it?” were always the questions. “It was not locating the wreck, nor will it be – with current technology – the recovery. The greatest difficulty was identifying her cargoes and owners.”

The US Government litigated with Bayerle’s company for over a decade in the courts claiming that it owned all the gold aboard. “We have proven a 1909 $800,000 US Navy shipment, todays value at about $200 million. And we believe the US Government had a subrogated interest in the $25 million Russian State Bank shipment from the sale of 1909 Russian State Bonds in New York City. That’s 45 tons of rare double-eagle gold coins. When the US Government bailed out the New York banks and investors who had purchased those Tsarist bonds, the ownership then fell to them. The problem for the US Government is that, shortly after they had recognized the Soviet Union in 1933, they then paid themselves from seized Tsarist assets, assets which the US Government had frozen in 1918 when the Soviets had repudiated all Tsarist debt. So, the US Government couldn’t double dip into Republic’s gold,” Martin Bayerle said. The US Government’s claim has since been dismissed with prejudice and, in 2011, Bayerle’s company was awarded legal title to the wreck and all of her cargoes by the U.S. District Court in Boston. All future claims were also barred by the Court.

“The next step in order to recover our property, our gold, is to remove several thousand tons of collapsed decks and debris on top of where we believe the gold to be,” remarks Martin Bayerle.

Of course, what better way to come up with an ideal plan than to throw out a real, bona-fide treasure map. “As we prepare for the final recovery of the cargo as owners, now is the time for full transparency,” cites Grant Bayerle. “We feel we have a winning hand, and the timing is now right to reveal that hand. We welcome others who want to participate in this journey via contribution of capital, equipment, and/or personnel. Should we prove successful in our quest, I believe this will go down as the greatest treasure recovery in history and prove a very nice outcome for all parties involved.

If the Bayerles are correct in their analysis, a giant pile of gold coins and worldwide bragging rights may be in store for them when they extract Republic’s treasure, that is, assuming they can yank the sword out of the stone.

Readers can view a copy of the “RMS Republic Treasure Location Report,” by clicking the link below: