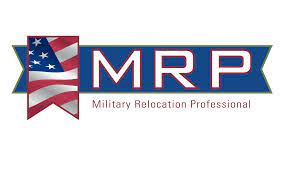 Seeing that smile on my clients' faces when they see their dream home is priceless, which is why I want to be part of their dream”
— Armon Jackson

PENSACOLA, FLORIDA , USA, May 24, 2022 /EINPresswire.com/ — Armon Jackson is an enthusiastic, dedicated, and committed Real Estate Agent at EXP Realty in Pensacola, Florida. He is also an Air Force Veteran.

Armon was born in Stuart, Florida, graduated from Jenson High School, and enlisted in the United States Air Force. He says, “I like to serve others and I wanted to serve our country and be around like-minded individuals as well because it’s always motivating to surround yourself with people who share your goals.”

Armon’s first duty station was at NAS Pensacola, where he went to tech school to study and learn about the newest F-35 jet. It was the Air Force College of New recruits where he learned about all the composites on the aircraft and then worked on the jets by adding and removing material to help the jets become more covert to radar.

Armon then relocated to Hill Air Force Base in Utah and continued to work on the F-35 jets, installing devices to make the jets stealthier and more undetectable by radar. He says, “Stealth will be ‘hugely important’ for the next-generation Air Force fighter, but it will also be important to see how the next aircraft integrates its sensors and its command-and-control capabilities. It's also speed, low observability, different ways of collecting data, and different ways of transmitting and protecting all of the transmissions because it is a way of breaking ‘kill chains,’ which is a Military concept that identifies the structure of an attack. Conversely, the idea of breaking an opponent’s kill chain is a method of defense or preemptive action, which is why being stealthy is so important. Whether you're sitting in an airplane or flying an unmanned aircraft, as long as we break the kill chain sometime between when you arrive in the battlespace and when the enemy weapon approaches your airplane, you're successful at using stealth."

Armon lived on base when he served at Hill Air force base. He recalls, “It was very cold there. I’m used to the warm Florida weather, but I would have to get up at 5:30 AM to be at work by 7:00 AM. We had roll-call and then we were assigned to different aircraft and different airmen who we would be working with that day, and we would collect our gear and equipment and go to work in the hanger with the F-35 avionic crew chiefs. Every day was different, and I liked that. It was always a surprise. We would take our lunch break at the Dining Facilities Administration Center where they had everything you could possibly imagine to eat and we also ate there for breakfast and dinner if we wanted to, but we were also allowed to go off base to restaurants as well. After work, I would usually study the Career Development Course for Low Observational Structural Maintenance. I got an award for ranking as one of the highest scorers on the test!”

Armon then helped the crew chiefs fuel the jets and put chalk on the outside of the wheels, so the jets didn’t move. He applied resin and paints as smoothly as possible so radar wouldn’t bounce off the material. He then used stencils to brand the Pilot’s name, Unit, and Base on the aircraft. He decided to get into Real Estate in his spare time while he was on active duty.

Armon met his future wife, Brooke, while at Hill Air Force Base. Brooke worked with both the Military and Civilians helping them with all of their documents. Armon says, “I was hanging out with my friends in a dorm room, and she walked in. It was love at first sight for me and we got married in 2021 and moved to Ft. Pierce, Florida. Because Brooke was training to become a Nurse, we decided to move to Pensacola to be closer to her college and I became a full-time Realtor. I got my MRP Certification because I know what it’s like to work with other Military members and their families, and I wanted to extend my help and service to them. Seeing that smile on my clients' faces when they see their dream home is priceless, which is why I want to be part of their dream.”