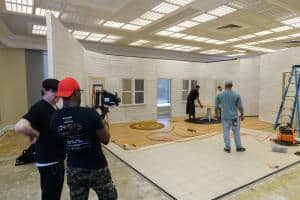 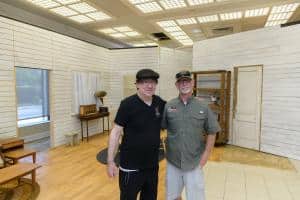 . . . (Harry Moore's) commitment is extremely relevant today as Florida and states across the country enact legislation that could limit Black participation at the polls.”
— Mario Van Peeples, who directs and stars in "The Price for Freedom."

FORT LAUDERDALE, FLORIDA, UNITED STATES, July 6, 2022 /EINPresswire.com/ — Top Cat II Productions has started pre-production of a Mario Van Peebles Film entitled "The Price For Freedom," a true story of NAACP organizer Harry T. Moore and his wife Harriette, who were the only husband and wife to give their lives to the movement when a bomb exploded under their bedroom floor killing them as they slept on Christmas Eve in 1951. No one was ever convicted of their murder.

The film is directed by Mario Van Peebles (Wu-Tang: An American Saga, Empire, The Last Ship, Sons of Anarchy) who stars as Moore opposite Aisha Jackson, the first Black actor to portray the role of Anna in Frozen on Broadway. Van Peebles’ many film roles include his critically acclaimed performance as another civil rights icon, Malcolm X, in the Oscar® nominated Ali. The cast is rounded out by three-time Emmy® winner Keith David (Greenleaf), Kevin Sorbo (Soul Surfer, God’s Not Dead, Faith Under Fire) and Harry Lennix (The Blacklist).

The screenplay by John Didonna and Walter T. Shaw is inspired by "The Bomb Heard Around the World" and explores the mystery behind the Moores’ slayings. Filming will take place for six weeks in Davie, Florida starting late July 2022 in an orange grove setting that strongly resembles the Mims, Florida home in Brevard County where the Moores worked, lived and died. Top Cat II Productions will complete exterior and interior shots with three specially constructed sets.

For the interior scenes, the stage has been literally set as Fort Lauderdale, Florida went Hollywood on June 30, 2022 and large moving trucks descended on a former bank building along the famed beachfront road AIA to unload "The Price for Freedom" indoor set components. The property owner, who is a lifelong friend of "The Price for Freedom" casting director Ed Arenas, gutted half of the bank's interior to accommodate the filming.

Built by prominent Miami-based production designer Jerry Blohm, the 15’ X 20’ set being used in "The Price for Freedom" painstakingly replicates the Moores’ home in which they were slain.

“Nineteen years before passage of the Civil Rights Act, Harry T. Moore launched voter registration drives in Florida that increased Black registered voters from 5% to 37%,” noted Van Peebles. “His slogan was ‘A Voteless Citizen is a Voiceless Citizen,’ and that message and his commitment is extremely relevant today as Florida and states across the country enact legislation that could limit Black participation at the polls.”

Shaw, who heads Top Cat II Productions with Diana Ross-Shaw, had created a curriculum written by Erica Fix about the Moores that was to be used in Florida schools. It now faces some uncertainty due to a new Florida law commonly referred to as the “Stop WOKE Act” that restricts how racial history and issues may be addressed in classrooms.

“Harry and Harriette Moore were Florida school teachers for more than a decade and both were fired due to their civil rights activism,” Shaw said. “It is incomprehensible and infuriating to me that students in Florida classrooms may not be allowed to learn of their history and, indeed, much of the history of the civil rights movement. It underscores the need for this film and I continue to work with a task force to allow this to be part of the curriculum.”

The Price For Freedom has music by Mervyn Warren, music supervision by Linda Cohen and production design by Jerry Blohm. The film has not finalized distribution as pre-production begins. For more information visit ThePriceForFreedom.com.