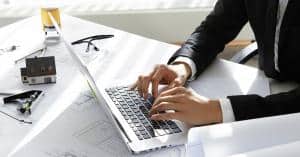 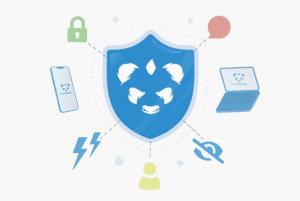 A communication tech start-up company called PunkPanda has just announced that it is in the midst of developing PandaPost, an end-to-end encrypted email client.

LONDON, UNITED KINGDOM, November 16, 2020 /EINPresswire.com/ — According to statistics provided by Statista, a whopping 306.4 billion emails are being sent and received daily in 2020, and the number will only continue climbing for years to come. About 30% of those emails that were sent are business-related, meaning that they contain sensitive content such as trade secrets and corporate data.

If cybercriminals were able to get their hands on those emails, it could tarnish the company’s image or expose it to financial losses.

Although research shows that over 80% of the companies understand the importance of email security, only 40% of the employees and management are encrypting the emails they send because their mailing clients lack such security feature or they are entirely unaware of the encryption features.

It indicates that more than half of the world’s business emails are still at risk and are in desperate need of an improvement in the security level to avoid falling victim to lawbreakers.

Common security protocols and their flaws

While most of the email clients provide some sorts of basic security features, cybersecurity experts believe that those security features are not enough to prevent determined hackers. For example, the commonly used Transport Layer Security (TLS) encryption protocol could stop hackers from intercepting the emails you’ve sent. But if the receivers’ end does not implement TLS protocol, the emails you’ve sent would still be susceptible to the threats of cybercrime like a candle in the wind.

Email clients Gmail and Outlook, which boast over 50% global market share together, have already implemented TLS for security purposes.

In some of the latest cases of cybercrime activities, some unfortunate large corporates are being extorted for large sums of money just because their emails were intercepted or stolen. The dramatic rise in cybercrime activities will continue to target business-to-business emails and text messages rampantly as hackers have tasted the sweetness of exploiting companies’ security weakness.

To combat the rise of cybercrimes, many tech companies have developed end-to-end encryption email clients to provide users with higher security. A European communication tech start-up company called PunkPanda has just announced that it is in the midst of developing PandaPost, an end-to-end encrypted email client, following their recently launched encrypted messaging app.

PunkPanda aims to employ its encryption system into PandaPost, giving corporate and individual users access to high-end security and privacy protection, as well as providing a sanctuary for certain professions such as journalists or whistle-blowers that hold sensitive information.

Similar to other email clients, PandaPost safeguards email delivery using encryption technology, but it aims to offer much more control over mail deliveries. Through a feature called “Radar Tracking”, users of PandaPost gets to track where their emails have been forwarded and who has received their emails. This unique feature will give users full control over who can read and receive the emails they sent. In the future, PunkPanda plans to release an advanced feature that allows senders to disable the forwarding function if they do not want their emails forwarded.

Ending embarrassing email moment once and for all

Have you ever felt the embarrassment of sending your email to the wrong recipient or starting a “Reply All Storm” by sending your private message to 300 recipients by accident? PandaPost have come up with a brilliant feature called “ZAP” to curb all that embarrassment. ZAP allows senders to immediately vaporise emails that were sent, even if the receiver has already read them. It also plans to develop a self-destruct mailing feature in the future.

While most of the encrypted email clients come with a monthly fee between $10 and $100, PunkPanda plans to make PandaPost available to everyone for free by the end of 2020.

To protect the privacy of all internet users across the globe, PandaPost will support languages such as English, Mandarin, Korean, and Japanese. PandaPost will be available on smartphone, tablet, and PC.