How Royalties are Distributed to Songwriters 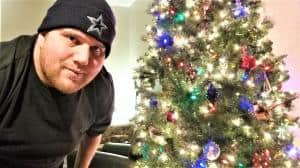 For musicians, it's a struggle to distribute music;
Even before the work begins of finding a platform, the burden of preparing music and production is costly.

"Those who do nothing are inviting shame, as well as violence
Those who act boldly, are recognizing right as well as reality."”
— John F. Kennedy

SNOHOMISH, WA, UNITED STATES OF AMERICA, November 15, 2020 /EINPresswire.com/ — For musicians, it remains a struggle to distribute their music; however, even before the work begins of finding a worthwhile platform, there is the burden of preparing the music and production techniques which is costly.

Additionally, while independent efforts are not always enough to advance further into their development stages, the struggles in which artists go through are very real and personal.

As an advocate for people and producers, Gregory Kemmis, an independent artist since 2004, lived this experience and developed an empathetic approach towards how to address these issues.

While continuing his mission to produce personalized, intimate and powerful tracks hoping to tell powerful stories, Kemmis realized what a gift it was to do so. Kemmis also lived through many experiences where people can resonate with hardships, and because he believed in changing people's future, Kemmis decided to become more vulnerable with his music.

After recognizing some of the problems within the traditional music industry, which expanded for decades, namely how many artists were at the edge of bankruptcy and homelessness only to get people to listen to their talents, Kemmis believed he could come up with a solution. Besides developing an online website, with the idea of attracting audiences, fans, producers and members of the public, Kemmis will use the experiences of his skills in audio production, video production, writing and research to raise the bar on advocacy towards artists.

Through the platform of Give, Send, Go… a Christian Community-Based crowdfunding platform, Kemmis develops the power of giving and prayer, even when one feels lost. His campaign is called Second Chances, which is a year long project to raise $1M for helping out with not only the upbringing of the artist, but it is also a fund that when close to completion, will turn extra allotted contributions into gifts for the underrepresented artists as well. Kemmis recognizes how to strengthen other people, and has a powerful voice to continue doing so. Part of what had contributed to this blessing, is recognizing that we never go though anything alone.

One of the first steps of multiple projects Kemmis is embracing, is the opportunity to create a petition which, through the help of the internationally recognized, social call-to-action platform: Change.org. There, Kemmis is writing backed by community support, to over 80 music platforms and the United States Government to "Allow Songwriters & Artists Equal Pay."

His efforts are based on laws in the United States where workers must be paid fairly, and must not violate the protections of a minimum wage. While it is known that music entities have taken advantage of musicians for several decades, it is lesser recognized and greatly understated what the repercussions are for the arts community when talented artists struggle to survive.

Whether it is a standalone financial crisis, or a combination of homelessness and/or health struggles, this is a growing problem in the US and even globally… that sometimes leads to bankruptcy, homelessness, inequality and/or even deaths of talented individuals, whom once only dreamt of telling their stories.

Kemmis believes that most of the consequences and struggles, though they are real, they are preventable; this again starts with support, guidance, coaching, representation and fair compensation. He does not endorse the methods or tactics in which corporate entities and records labels practice deceptive tactics, in order to enhance their profitability and wealth, but believes in a system of social missions while artists are living and perfecting their skills every day.

Kemmis has been an Artist/Composer since he was 17 years old, but was not able to record himself until close to 12 years later. He was trying to make it through college to earn a degree, when he realized though justice could make a difference, he was destined to make a difference outside of the courts. Though he still possesses a fair amount of comprehension related to the law/political sciences, Kemmis combines his skills of writing, technical skills and production work in both fields of audio and video.

However, regardless of his background and some of the education he retains, Kemmis still knows there are plenty of struggling artists who've lived through greater hardships, less education, and improbable odds. While resonating with these circumstances almost his whole life, he wishes to help the overall situation and lead towards progress.

Gregory Kemmis strongly believes that more artist awareness and leveling the balance against highly improper standards which dominates the industry, is a strong goal towards more progress. In summation, he is requesting support from the public and the artist communities whom believe that there are multiple issues behind the scenes, as well as anyone who believes in the ability to make a living off of the career they desire, to consider a pledge or signature of support.

There is an immediate call-to-action on his petition requesting signatures to "Allow Songwriters & Artists Equal Pay" as a collective; a second option would be for supporters to contribute directly to this cause and the artist's mission called "Second Chances."

Should you wish to anonymously donate to Gregory Kemmis, you may visit a page where Kemmis is a fiscally-sponsored artist, and donate to the Seattle-based non-profit organization: "Allied Arts Foundation"