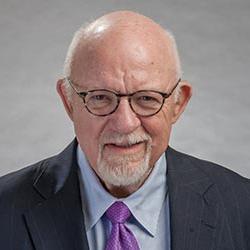 As the mid-term results continue to be sorted out, the clear message voters sent on Election Day is that they are Ready for Ron”
— Ed Rollins

MIAMI, FL, UNITED STATES, November 9, 2022 /EINPresswire.com/ — Ready for Ron, an independent group working to Draft Florida Governor Ron DeSantis to run for President, congratulated him for his significant victory in Florida. His leadership and tireless efforts on behalf of other candidates were abundantly clear as he and many of the candidates he supported won by substantial margins.

As the results from the elections continue to come in, Ed Rollins, Chief Political Strategist of Ready for Ron issued the following statement:

“There is no doubt that Ron DeSantis was the big winner Tuesday. During his acceptance speech, the crowd erupted in chants of “two more years” showing that Americans are ready to see the leadership and success DeSantis brought to Florida cascade nationwide. In his first term as Governor, he transformed the purple state of Florida, solid red.

The voices calling out for real and effective leadership are loud and clear – and we are working to make sure DeSantis hears the call.

Voters know Governor DeSantis has a proven track record of standing up for America’s values. He is committed to defending the rights of parents, getting inflation and government spending under control, and solving the problems the radical left is causing. He dares to say no to the bullies, no matter how powerful they may seem. He can deliver safe streets, sane schools, and a soaring economy.

As the mid-term results continue to be sorted out, the clear message voters sent on Election Day is that they are Ready for Ron.”

For more information or to schedule an interview with a Ready for Ron or Vets Ready for Ron spokesperson, contact Dan Rene at 202-329-8357 or dan@readyforron.com.