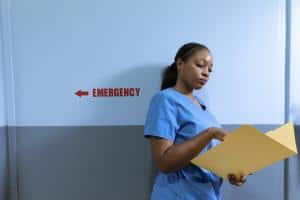 Involuntary mental health examinations involving children more than doubled, from 14,997 in 2001 to 37,882 in 2019. Many of them without parental knowledge or consent. The “School Safety” bill, now passed into law, seeks to change that.

Two new laws require schools and medical facilities to notify families when a child is subjected to the “Baker Act.”

The parents have to realize they have rights, but along with those rights comes responsibility.”
— Patti Sullivan, Executive Director Parental Rights Florida

CLEARWATER, FLORIDA, UNITED STATES, July 12, 2021 /EINPresswire.com/ — Two bills passed by the 2021 Florida legislature should remove decades of doubt and confusion regarding certain fundamental rights of parents “to direct the upbringing, education, health care and mental health of a minor child.”

One bill, House Bill (HB) 241 is titled the “Parents’ Bill of Rights.” The other, Senate Bill (SB) 590, dubbed “School Safety,” requires that a parent “be contacted by the school principal before a student is removed for an involuntary mental health examination.” Both were signed into law by Governor Ron DeSantis on 29 June.

“These parental rights are fundamental. They were already in statutes,” says Diane Stein, president of the Citizens Commission on Human Rights (CCHR) Florida. “Now they are all together under one roof.”

Both bills are consequential to Florida’s controversial 1971 Florida Mental Health Act, generally called the “Baker Act,” nicknamed after now-deceased Miami Representative Maxine Baker who championed the law. The Baker Act enables emergency mental health services and temporary detention for people impaired by mental illness and who are unable to determine their needs for treatment. The act permits involuntary detainment for up to 72 hours.

Opponents of the Act—ranging from parents’ rights advocates to those who oppose the often-predatory practices of psychiatry—have denounced the documented usurpation of human rights, both those of “Baker-Acted” children and parents of children who have been ensnared by the law.

CCHR Florida’s Stein says she has taken “thousands of actions on the Baker Act issue” since taking over CCHR Florida in 2015. Under her guidance, CCHR Florida has become the recognized expert in mental health human rights. CCHR Florida and its wide army of parents and children’s rights advocates have worked for years to reform the Baker Act and reaffirm basic family rights.

Stein’s plain-spoken witness to Baker Act cruelty was crucial to legislators—many were not even born when the Act passed—in understanding the scope and shame of the law’s implementation: “Here’s how it works,” Stein tells them. “The child throws a tantrum, a teenager is acting dramatic, a pre-teen has a hormonal moment, a child won’t eat his or her food, whatever it was that ‘supposedly’ brought the Baker Act to school.

“Teacher gets mad, kid kicks the teacher and goes into ‘time out’ and says she wishes the teacher would drink hand sanitizer,” Stein continues. Another child tells the teacher, who calls the principal. Principal calls for a Baker Act and law enforcement arrives with handcuffs. Sometimes the child is also hobbled [shackled] and zip-tied and driven to a psychiatric Baker Act receiving facility certified by the DCF.”

Among the provisions in HB241 is the granting of parental access to school incident reports regarding emergency situations involving their child. School districts are now required to report to DCF involuntary examinations initiated, and schools must contract with a certified Baker Act health care practitioner. The law requires grade school-issued ID cards (grades 6 – 12) must include crisis hotlines and text lines.

Opponents to the bill cite privacy concerns for children. A major problem seems to be wording in the Parents’ Bill of Rights entitling parents “access and review of all school records relating to his or her minor children,” thereby removing the child’s right to privacy, such as in conversations with school counselors.

Parental Rights Florida (PRF) Executive Director Patti Sullivan views such opposition as a “smokescreen. The current rights are already in statute. Parents have the right to see school records. Teachers should not have to worry about getting involved in personal values or thoughts. Clearly the teacher’s objective should be teaching English. That’s basic.”

In fact, Florida Statutes Chapter 1002, “Student and Parental Rights and Educational Choices,” does allow parents access to student records. Chapter 1002 also incorporates the elements of the federal Family Educational Rights and Privacy Act (FERPA), a 1974 law—amended nine times—protecting student records and the right of parents to access them at schools receiving U.S. Department of Education funding.

The Parents’ Bill of Rights specifically adds a provision requiring parental consent before medicine is prescribed for their child, providing a misdemeanor penalty for any provider who violates this health care provision.

It’s no secret the medical industry has lobbied Florida Governor Ron DeSantis against the Parents’ Bill of Rights. A letter sent to him, signed by nine Florida medical associations, expressed fear that doctors may be criminalized for providing health care to children without parental consent. “Imagine the dilemma of seeing a child sustain a spinal cord injury from a fall, being present and able to provide emergency medical assistance that might save that child’s life, but being legally prohibited from doing so unless the parent was present to provide written consent,” the letter stated.

PRF’s Sullivan, emits an incredulous sigh: “Signed parental consent forms allowing emergency treatment when a student is injured or ill is common practice at any school.”

Sullivan, who says she grew up in poverty in a broken family, estimates, “99 percent are good parents. I can’t revolve around the other 1 percent. It’s sad and something we wish we could change but there are variations of what we call ‘family.’ One parent at home, or work. They are missing the beautiful cohesive thing that holds family together. The parents have to realize they have rights, but along with those rights comes responsibility.”

And that responsibility, for parent, state, and child, is clearly spelled out now in these two laws.

CCHR is a non-profit mental health watchdog group dedicated to eliminating abuses committed under the guise of mental health. CCHR, an expert in mental health human rights, works to ensure patient and consumer protections are enacted and upheld. In this role, CCHR has helped to enact more than 180 laws protecting individuals from abusive or coercive mental health practices since it was formed over 50 years ago. For more information about CCHR Florida visit, www.cchrflorida.org

CCHR was co-founded in 1969 by the Church of Scientology and Professor of Psychiatry Emeritus Dr. Thomas Szasz at a time when patients were being warehoused in institutions and stripped of all constitutional, civil and human rights. It was L. Ron Hubbard, the founder of Scientology, who brought the terror of psychiatric imprisonment to the notice of the world. In March 1969, he said, “Thousands and thousands are seized without process of law, every week, over the ‘free world’ tortured, castrated, killed. All in the name of ‘mental health.’” For more information on the Church of Scientology visit, www.scientology.org