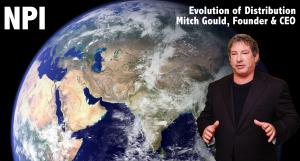 Mitch Gould, the founder of NPI, is a third-generation retail distribution and manufacturing professional.

Costco, the third-largest retailer in the world, created a niche in the marketplace where consumers become members, who can shop and buy consumer recognizable brands at bargain prices.”
— Mitch Gould, CEO and Founder of Nutritional Products International

BOCA RATON, FLORIDA, UNITED STATES, November 11, 2022 /EINPresswire.com/ — Mitch Gould, who has worked in the retail industry for more than three decades, recalls only fond memories of the two times he visited Costco’s national headquarters in Washington.

“Costco, the third-largest retailer in the world, created a niche in the marketplace where consumers become members, who can shop and buy recognizable brands at bargain prices, ” said Mitch Gould, who is now Founder and CEO of Nutritional Products International, a global brand management firm based in Boca Raton, FL.

“When I traveled to Washington state, I understood that Costco wanted value packs for their customers,” Gould added. “That is how I closed seven-figure deals with this retail giant.”

Gould said there is no arguing with Costco’s success.

“Costco transformed the retail industry with its membership warehouse club model, which is why it now has 118.9 million cardholders, representing almost 66 million households,” Gould said.

During his long career, Gould has struck deals with many of the iconic retailers in America, such as Walmart, Kmart, Home Depot, Lowe’s, Walgreens, CVS, and Rite Aid.

“When I first started, you traveled to meet the retail buyers at their home base,” Gould said. “Now, my team at NPI meets buyers from some of the most sought-after retailers at retail events during the year.

“It was exciting to see these retail giants on their home turf, but times have changed,” he said. “That’s the retail industry. You have to adapt to an ever-changing world.”

Gould and his veteran NPI team create a path to the U.S. market for domestic and international health and wellness brands.

“More than a decade ago, I developed the ‘Evolution of Distribution’ platform, which streamlines product roll-outs and emphasizes cost-effectiveness,” Gould said. “When a product manufacturer partners with NPI, we provide them with all the professional services they will need to introduce new products to the American consumers.”

“We make product launches affordable and we prioritize speed to market,” he added.

MORE ON NPI AND ITS FOUNDER
NPI is a privately-held company specializing in the retail distribution of nutraceuticals, dietary supplements, functional beverages, and skin-care products. NPI offers a unique, proven approach for product manufacturers worldwide seeking to launch or expand their products’ distribution in the U.S. retail market.

Mitch Gould, the founder of NPI, is a third-generation retail distribution and manufacturing professional. Gould developed the “Evolution of Distribution” platform, which provides domestic and international product manufacturers with the sales, marketing, and product distribution expertise required to succeed in the world’s largest market — the United States.