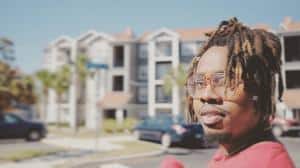 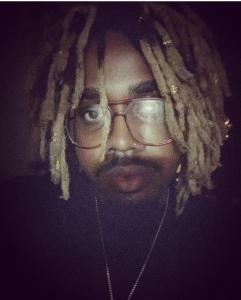 ORLANDO, FLORIDA, UNITED STATES OF AMERICA, February 5, 2022 /EINPresswire.com/ — Almost all of us are addicted to music in one way or another. For some music is a therapy, for some it's a party and for others music is everything. So, to different people music means a different thing and if you are a fan of hip hop rock music you must have to listen to this young, mind-blowing singer Unrulyshewrote (Harrison Forbes Morgan).

Harrison Forbes Morgan was born on February 9th, 1999 in Orlando, Florida. He got his education in Florida, attended East ridge high school in Florida in 2014, and graduated in 2018. He is a co-owner of an independent record label called “Speak Greek” which is based in Florida. His name as an artist is Unrulyshewrote.

There are very few singers out there who are passionate about music from early childhood. Most of them are singing only in order to earn some good money but Unrulyshewrote (Harrison Forbes Morgan) is different. He started to develop his interest in music when he saw his brother bringing his studio equipment in early childhood. So, music is Unrulyshewrote’s true passion since childhood. We can say music is his first love. Hip hop is his love at first sight when he saw his brother establishing his studio and he decided to jump into the field and that is how a great singer of the future came into the field.

He released three albums in total Hope, Unruly 101, and Morning star. His first album HOPE came some 2 years ago in 2020 it has 10 tracks. These are:

He released his second album of hip hop in 2021. This album again contains 10 mind-blowing tracks or songs as his first album:

His third album also became live a year ago. This album is titled Morning star and when you listen to this album it really feels like a morning star that lightens up your day and mood. As usual, this album again contains 10 songs which are:

Currently, he is working on his fourth album which is named ANXIETY. We can say for sure that this album is going to be the best as the name itself is very interesting and suggest the greatness of the songs that are going to be released in this attention-grabbing great album. This title suggests that Unrulyshewrote (Harrison Forbes Morgan) is the preacher of humanity and the great advocate of spreading awareness through music and songs. That is what makes great singers. He wants to dedicate his song to mental health awareness as he himself once stated/quoted:

“Not everyone is perfect and we battle our Demons every day, but there still is hope.”

His songs are of the kind that you can listen to on full blast while smoking and riding. They will give you old as well as the most recent vibes. The singer has pulled out the flame thrower with his songs. These songs are soothing like honey and give goosebumps to the soul. Most of Unrulyshewrote’s (Harrison Forbes Morgan) songs are BOP that makes you want to dance.

He began to use music equipment and started singing from a very early age in his life. His family and friends noticed his talent and helped him a lot along the way. His family would volunteer him to sing at different events of the life. At first, Unrulyshewrote hesitated and refused to sing at the public events because for him music was never a lark, a parlor trick. Instead, it was something very personal and he wanted to tend to his talents in a personal manner. In a way, his voice was all he had.

Unrulyshewrote exploded onto the scene with the release of his first album that is HOPE Unrulyshewrote showcased his talents as a vocalist and rapper, following it up with his second and third consecutive albums and now he is working on the fourth album.

The music of his songs you are about to hear is in its sense soulful and a hotchpotch of different instruments that soothes your ears. The funny thing about his songs is that they are classic at the same time with slick visuals.

Unrulyshewrote is a uniquely captivating artist who demands (and deserves) your full attention. He sings savagely on HIP-HOP music. His songs will not disappoint you. If you are a hip-hop fan his songs are definitely going to be on your repeat list.

So, what are you waiting for? Go visit and listen to him right away. His Instagram handle is @ruekobain