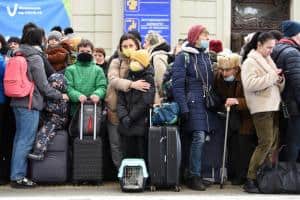 The Scott Cooper Miami Scholarship is unique in the sense that it requires students to write essays that are thought-provoking and controversial.

Free speech is the bedrock of a functioning democracy, and Twitter is the digital town square where matters vital to the future of humanity are debated”
— Elon Musk

MIAMI, FLORIDA, UNITED STATES, April 26, 2022 /EINPresswire.com/ — The Scott Cooper Miami Scholarship just announced its newest opportunity. Students are required to submit an essay by May 30, 2022, on one of the following topics:

Elon Musk struck a deal on Monday to buy Twitter for roughly $44 billion, in a victory by the world’s richest man to take over the influential social network frequented by world leaders, celebrities, and cultural trendsetters. “Free speech is the bedrock of a functioning democracy, and Twitter is the digital town square where matters vital to the future of humanity are debated,” Mr. Musk said in a statement announcing the deal. “Twitter has tremendous potential — I look forward to working with the company and the community of users to unlock it.” The blockbuster agreement caps what had seemed an improbable attempt by the famously mercurial Mr. Musk, 50, to buy the social media company — and immediately raises questions about what he will do with the platform and how his actions will affect online speech globally.

Vladimir Lenin once remarked that “there are decades where nothing happens, and there are weeks where decades happen.” The world is living such weeks right now. The challenge is to make sense of what those changes will bring. A few questions to ponder: 1) How will the war end? 2) Will transatlantic unity last? 3) What is China thinking? 4)Are we prepared for what comes after the war?

Prior Winners of the Scott Jason Cooper Scholarship

ANGELINA GONZALEZ – The Racial Injustice In Present Day America – Angelina Gonzalez is from San Antonio, Texas. She is a sophomore at Texas A&M University majoring in Interdisciplinary Studies (4-8 Math and Science). She hopes to be a teacher after she graduates. She looks forward to making a positive impact on the younger generations to come.

EDWARD MICKLOS – Arctic Deposits of Oil and Natural Gas Should Be Exploited to Support the United State’s Interests – I was born and raised in Wisconsin, giving me an affinity for cold, winter weather. However, since I was ten years old, I have been taking care of my mother. She has been afflicted by multiple sclerosis, a disease that has damaged over a quarter of her brain. Despite this, I pushed myself in high school and took a dozen AP tests, earned a welding certification, and served as a teacher's assistant. All of that happened during the school day. At home, I would do my homework, cook meals, clean, and perform other household chores. However, I want to make a difference beyond my home and the local community. I am pursuing my bachelor's degree in Global Security and Intelligence Studies at Embry-Riddle Aeronautical University where I intend to graduate a year ahead of my cohort. I am specializing in Eastern Europe and Russia, which includes learning the Russian language. After graduation, I intend to serve my country in the intelligence community, further supporting the United States armed forces and decision-makers with the expertise I am developing in foreign affairs and military capabilities.

AMBER LEA – American BBQ: Delicate? No. Delicious? Yes. – Amber is a Housing Specialist for Los Angeles County providing assistance to vulnerable populations through the section 8 program. She is returning to school at the University of California Irvine to complete her Masters in Business Administration in the fall. Being a former homeless youth, housing has always been close to her heart. Amber hopes to help enact change within government systems to streamline public assistance programs and help end homelessness in her community.

HAILEY MAHONEY – Senator & Former Florida Governor Rick Scott Calls For 2022 Winter Olympics To Be Taken Away From China – My name is Hailey Mohney. I am currently a student attending Lansing Community College and I am transferring to Grand Valley State University in the Fall. When I am not in school I work as a waitress at a local pizzeria. I look forward to expanding my workforce experience!

CALEB KEILEN – J.R.R. Tolkien – A Relatively Obscure Dead Person – I am currently a freshman here at Oakland Community College. I plan to transfer to Michigan State University to pursue a degree in Supply Chain Management at MSU’s Broad School of Business. I enjoy sports, reading, and spending time with my family and friends. I graduated high school from Mother of Divine Grace School, which is an online distance learning school based in Ojai, California. Because I attended high school online, I am familiar with distance learning which we have been doing here at OCC for about a year now. I am hopeful, just as everyone else is, that everything will be back to normal soon!

KATE REYNOLDS – The Power of Our Words – Kate Reynolds was born and raised in New York and is a senior at the Bronx High School of Science. She will attend Yale University in the fall. At Yale, Kate hopes to double-major in Journalism and Political Science or History. She is the Captain of her school's Public Forum Debate team and the Editor-in-Chief of her school newspaper, where she reports on politics and the news. Kate wants to use her journalistic writing to search for the truth about difficult topics, allow for the inclusion of forgotten perspectives, and improve the world.

ABOUT THE SCOTT COOPER MIAMI SCHOLARSHIP

The Scott Cooper Miami Scholarship is an arm of the Scott Cooper Miami Beach Project. It is a private research organization that provides an investigative reporting platform. It proposes solutions to public policy challenges and focuses on “forgotten communities” throughout the world with the goal of making them safer and more secure, healthier, and more prosperous. By creating awareness through various digital marketing platforms, Scott Cooper Miami Florida partners with small organizations, to give them a voice and fight for those that have been unable to deliver their message.

The Scott Cooper Miami Project is nonprofit and nonpartisan and committed to the public interest.