No Excuse for Abuse Virtual Evening 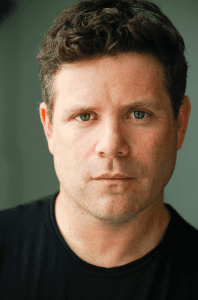 Year after year, this event and the guests we feature continue to both educate and inspire all those who participate”
— Zelda Mason, President and Chair of the Alpert JFS Board of Directors

Sean is the son of the late, great actress Patty Duke, who struggled with bipolar disorder throughout her life. He will tell his story of growing up with a mother who for years lived with a mental illness that was undiagnosed. He will share how he and his family survived her erratic and abusive behavior and how, after her diagnosis and effective treatment, their lives improved.

During the event, Alpert JFS will also take a look back at the past 18 years of ‘No Excuse For Abuse’; feature emotional client impact stories highlighting the agency’s Domestic Abuse Program; share how the agency addresses mental health needs in Palm Beach County; and hear from Emily Helfrich, Relationships & Decisions Program Specialist from Alpert JFS’ Teen Trainer Program.

WHERE: Virtual. To register, visit https://www.alpertjfs.org/2022noexcuse/.

WHO: Sean Astin is a film actor, director and producer. He is best known for iconic roles including Samwise Gamgee in the “Lord of the Rings” trilogy, Mikey Walsh in “The Goonies,” the title character in “Rudy,” and Bob Newby in Netflix’s “Stranger Things.” Astin is also son of legendary actress Patty Duke. He is a vocal advocate for mental health education and for ending the stigma of mental illness.

Astin will be interviewed by Dr. Elaine Rotenberg, Clinical Director at Alpert JFS.

QUOTE: “The annual ‘No Excuse for Abuse’ fundraising event is now in its 18th year, demonstrating Alpert JFS’ ongoing commitment to domestic abuse prevention and breaking the stigma of mental illness through education and treatment,” said Zelda Mason, President and Chair of the Alpert JFS Board of Directors. “Year after year, this event and the guests we feature continue to both educate and inspire all those who participate. We are thankful for the continued support of Alpert JFS’ essential services, including our Domestic Abuse program, that provide professional counseling for those in need.”

Alpert JFS has set out a fundraising goal of $300,000 for this event. Sponsorship and other giving opportunities are still available. Please contact 561-713-1886 to learn more or to donate.

About Alpert JFS
Established in 1974, Ferd & Gladys Alpert Jewish Family Service is a nationally accredited service provider for children, adults, seniors, and Holocaust survivors. The non-profit, non-sectarian organization is a trusted leader, with a team of nearly 200 highly skilled professionals delivering high-quality care to community members. Alpert JFS works to ensure the well-being of children and families, independence of older adults and quality-of-life for individuals with disabilities. For more information, visit www.AlpertJFS.org or phone 561-684-1991.