Stephanie Varone – Performer, Singer, and Cast Member of HBOMax “My Mom, Your Dad” 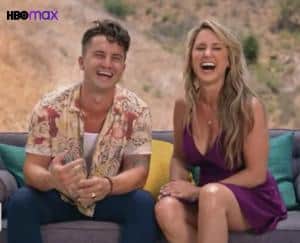 MY MOM, YOUR DAD follows a group of single parents who have been nominated by their college-age kids for a second chance at love. The parents move into a house together, unaware that their adult children are right down the street living in a second house, watching their every move through hidden cameras and manipulating their encounters. From humorous cringe moments to heartwarming confessions, the kids will see their parents in a whole new light as they are presented with opportunities to select who they’ll be matched with on one-on-one dates, and who may join the family Thanksgiving for years to come.

Stephanie Varone is a singer, songwriter, performer, and public figure. She combines her earthy old-school roots with a love of country, pop, classic rock, and soulful blues.

Since early childhood, Stephanie knew she was born to be a professional singer. She received her first paycheck at 16 years old singing a jingle for a local radio station in Kansas City. Her passion and diligence led her to pursue a career in the music industry. Stephanie went on to create an EP and performed two of her original songs on the Grand Ole Opry, receiving a standing ovation, which was featured on NBC and TNN.

Noticed for her powerful voice and ability to inspire others with her music, Stephanie gained considerable momentum and notoriety as a singer/songwriter. Leveraging her success, she created her first self-titled album, collaborating with producers Michael Bland and Tommy Barbarella, both members of "Prince and the New Power Generation", and respectively the best in the industry. Her CD sparked much interest within the Midwest and abroad.

Stephanie shares her musical talents on the National Anthem circuit. Traveling the Midwest and across the nation, she has had the honor to perform for the NFL, NBA, US Soccer, and MLB, including the 2016 World Series Champions, Chicago Cubs, during their winning season.

In addition, Stephanie continues to draw in crowds as the owner and current edgy lead singer for "Starlette's Web", which pays tribute to women in pop, rock, country, and groove from the 80s to today. Her live performances are always full of energy and inspiration, whether she's belting it out in a roadhouse, festival, or performing the National Anthem in a jam-packed stadium of 60,000 fans. Stephanie's goal for every performance is to strike an emotional chord with her audience, exuding her soulful talent and contagious passion for all to hear, feel, and enjoy.