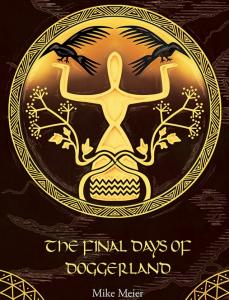 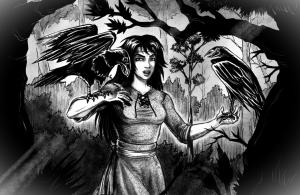 The Global Book Awards aim to recognize talented authors who have not received the recognition they deserve.

It began with an article about the first proven use of spices in Northern Europe. As I continued reading … I discovered that around the same time, migrants from the Black Sea area arrived”
— Mike Meier, author of “The Final Days of Doggerland”

MIAMI BEACH, FL, UNITED STATES, November 15, 2022 /EINPresswire.com/ — The historical fiction novel “The Final Days of Doggerland” (also a screenplay on Filmfreeway.com) won the Historical Fiction Bronze Medal in November 2022 at the Global Book Awards. The novel is largely based on historical facts, such as the disappearance of Doggerland, the first use of spices in food, and the appearance of blue-eyed people in Northern Europe. It is historical fiction, however, so the author did take some poetic liberties.

A land called “Doggerland” did really exist until about 8,000 years ago and connected the British Isles to mainland Europe. However, there are different theories when exactly and how fast it disappeared. The book does not endorse any particular theory about Doggerland’s disappearance.

In the novel “The Final Days of Doggerland,” a group of weary nomads arrive in Northwestern Europe in the remnants of Doggerland and attempt to build a home. But the women and children of the group become captives of the more skilled Bollebarg tribe, led by a ruthless chief, Viggo. One of the captives, Oane, relies on her talent for crafting poisons to survive, while pondering how to reach firm land in the west. But her planned escape may come with a price.

The author explains how he originally got the idea for the novel. “It began with an article about the first proven use of spices in Northern Europe. As I continued reading about the findings, I discovered that around the same time, migrants from the Black Sea area arrived in Northern Europe and brought a genetic mutation with them: blue eyes. Meanwhile, the land that connected Great Britain to Northern Europe, what we now call Doggerland, disappeared in the sea. With that, I’d found the ingredients—literally—of a story based on true archeological facts. I completed the first draft of the screenplay that was the basis for this book by the end of that month.”

However, the story in the movie screenplay and in the novel differ slightly, he explains. “A screenplay is usually limited to 120 pages, I had to simplify the screenplay ending. This book has the ending that I originally intended.”

The book is available on Amazon.

See all the webpage of the 2022 Global Book Awards for the medal winners and finalists: https://globalbookawards4.spread.name/

Mike Meier is the author of JoinWith.Me and The Love Hex or Nicest Flings in Mexico. He grew up in a blue-collar housing project in Germany. His grandfather was a 1930s traveling magician and fortune-teller known as Wladi-Kami. On his own since his teens, he has lived in several different countries, including Argentina and Japan, and has worked jobs such as washing dishes, repairing bicycles, and painting homes. When he is not writing books or award-winning screenplays, you’ll find him playing Latin and Flamenco guitar somewhere…or playing in a rock band. He holds a master’s degree in political science, as well as a Juris Doctor and Master of Laws.

Mike Meier
The Final Days of Doggerland
email us here
Visit us on social media:
Facebook
Other