The Local Culinary is the first virtual kitchen to franchise in the U.S. 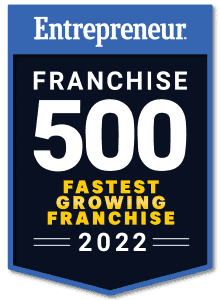 The potential is endless. Our model can adapt to any place. We aren’t just doing this in the US. It’s for the entire world.”
— Alp Franko, Founder and Owner of The Local Culinary

”We’re honored to be a part of Entrepreneur's highly respected lists of franchisors this year,” stated Alp Franko, Founder and Owner of The Local Culinary. “The list proves that our model is effective and that we are destined to expand quickly.”

The Local Culinary has been validated throughout its lifetime, including explosive growth during a pandemic. According to Franko, his company was chosen for the lists due to their year-after-year growth and the adaptability of the model itself. “The potential is endless. Our model can adapt to any place,” pointed out Franko. “We aren’t just doing this in the US. It’s for the entire world.” As of 2021, there were over 1,600 ghost kitchens in the U.S. Each of these kitchens represents the real estate, but they lack the brands needed to produce revenue, says Franko. Over 50 unique, chef-driven brands are offered through The Local Culinary model.

The Local Culinary brands span a range of cuisine, but it’s more than the menu that drives its success. All operational procedures have been streamlined, making it an easy way for existing restaurant owners to add incremental revenue to their bottom line. “Many restaurants have extra capacity. We’ve made it simple for them to harness the power and traffic of 3rd party delivery platforms with our virtual restaurant model,” stated Franko. “Many of these restaurants would not have naturally occurring online ordering business, but, thanks to the incredible marketing efforts done by our team and our steadily built brand recognition, we are giving these restaurant owners access to an entire new market of buyers.”

The Local Culinary is no stranger to success this year. The brand has landed a strategic partnership with a food-ordering platform built exclusively for companies, boasting several locations nationwide and has signed a contract with a major hotel chain for their room service. The company currently has new contracts with airports around the country and several new units throughout the States. Additionally, the virtual restaurant franchise saw more international growth, opening new locations in Dubai and Abu Dhabi.

As the only virtual kitchen franchise in the United States, the company gives its franchisees access to an innovative franchise model with new incremental revenue streams, low overhead, and a proven model. For those who want to be a part of the success story, more information on the brand can be found at www.thelocalculinary.com or by emailing The Local Culinary team at franchising@thelocalculinary.com.

ABOUT THE LOCAL CULINARY
The Local Culinary provides neighborhoods with modern, chef-driven food delivery options inspired by global cuisine all through a convenient, delivery-only model. The company offers 50 individual brands and can be ordered through UberEats, Postmates, Grubhub, or DoorDash. For more information on The Local Culinary and its revolutionary virtual restaurant franchise opportunity, please visit www.TheLocalCulinary.com.