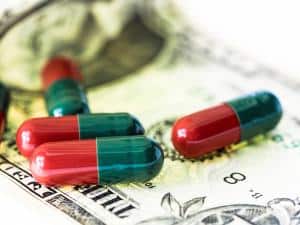 The pharmaceutical companies and the psychiatric community pocket some $62 billion on psychiatric drugs as part of a mental health spending of over $225 billion.

With more than 34 million Americans taking antidepressants in 2013-14, addiction and withdrawal from psychiatric is a growing problem. 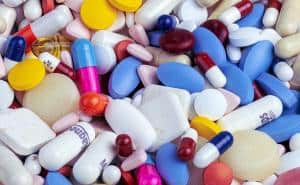 According to data taken from the IQVia Total Patient Tracker Database for Year 2019, extracted February 2020, 61,262 children between the ages of 0-5 years are prescribed antipsychotics in the US.

The Citizens Commission on Human Rights (CCHR) is hosting a week-long open house at their center located at 109 N. Fort Harrison Avenue in Clearwater.

The pharmaceutical companies and the psychiatric community pocket some $62 billion on psychiatric drugs as part of a mental health spending of over $225 billion.”
— Open Minds MARKET INTELLIGENCE REPORT | May 6, 2020

CLEARWATER, FLORIDA, UNITED STATES, May 27, 2021 /EINPresswire.com/ — Since 1949 May has been observed as Mental Health Month for the stated purpose of educating people on mental health issues, prompting the Florida chapter of CCHR to host an open house for the purpose of educating the general public on the dangers associated with psychiatric drugs.

Psychiatric treatment is one of the most lucrative businesses in the world and according to information from IMS Health, a company that provides information, services and technology for the healthcare industry, there are over 76 million people taking psychiatric drugs. [1] Here in the United States, more than a quarter of the adult female population is taking at least one psychiatric drug and there has been a 22% increase overall in the number of adults on a psychiatric drug with more than one-five-adults on at least one such drug in 2010. [2]

During the open house, the public is invited to come to the center to learn more about psychiatric drug side effects and for a tour of the Psychiatry: An Industry of Death museum – tours are free and the center is open seven days a week.

In comparison to other developed countries, Americans use more medicines overall and rank first in the use of antipsychotics. [3] Additionally, in the South Atlantic area of the country, which includes Florida, almost 18% of the population is on at least one psychiatric drug and a report released in 2011 from a two-year long investigation found that foster children in Florida were prescribed psychotropic drugs at rates 2.7 to 4.5 times higher than other children in Medicaid in 2008. [4,5,6]

The open house runs through the first week of April. Individuals are invited to the center to learn more about the dangers associated with psychiatric drugs as well as alternatives to medication. To learn more, please call 727-442-8820 or visit www.cchrflorida.org.

About CCHR: Initially established by the Church of Scientology and renowned psychiatrist Dr. Thomas Szasz in 1969, CCHR’s mission is to eradicate abuses committed under the guise of mental health and enact patient and consumer protections. It was L. Ron Hubbard, the founder of Scientology, who brought the terror of psychiatric imprisonment to the notice of the world. In March 1969, he said, “Thousands and thousands are seized without process of law, every week, over the ‘free world’ tortured, castrated, killed. All in the name of ‘mental health.’”