TAMPA, Fla. – Tampa Bay Lightning star defenseman Victor Hedman didn’t mince words when he was asked how big of a win was it to beat the Colorado Avalanche and do it convincingly 6-2 in Game 3 of the Stanley Cup Final?

“We know we had to win this game,” Hedman said. “It wasn’t an elimination game, but it was close to it.” 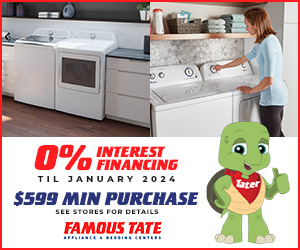 The Bolts were coming off an embarrassing 7-0 loss where goalie Victor Hedman looked mortal and their defense left Vassy, out to dry, as several players said. Not the case in Game 3. Vassy made 37 saves on 39 shots and was helped out by his defense. Hedman says it’s not about how many goals you win by or statistics at this point.

“You don’t look at the points this time of year,” Hedman said. “You look at the win sheet. So it doesn’t matter how you got it, you just wanna get it done.

None of the Tampa Bay Lightning players that spoke after the Game 3 victory were wanting to talk about three peating or celebrating such a convincing win, especially Hedman.

“Bottom line, we lost the first two and we can’t change that,” Hedman said. “We got in here, we needed a win and we got one. “We were more careful, made better plays with the puck, but obviously we’ve got to stay out of the box. Their power play is very good.”

The Avalanche lit the lamp two times in this game on the power play and for this series have five goals with the man advantage. Hedman once again doesn’t want to hear about numbers.